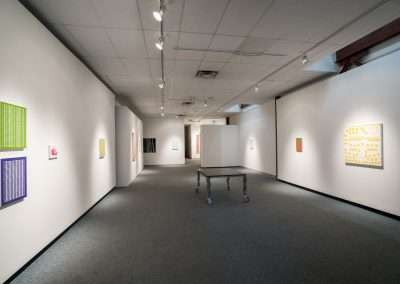 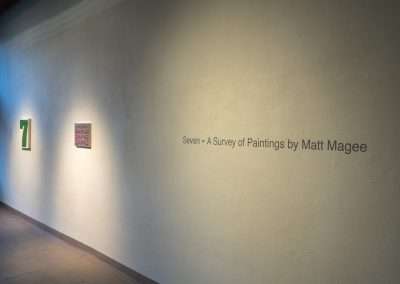 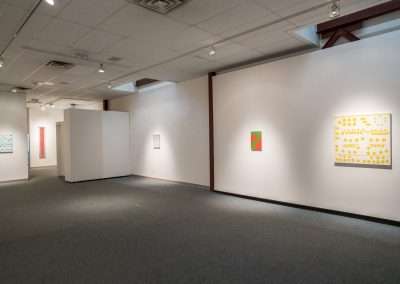 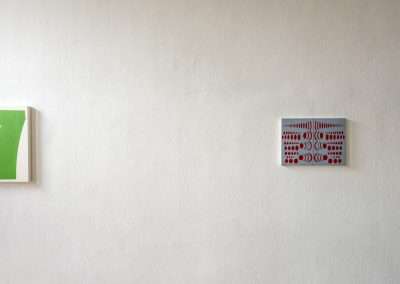 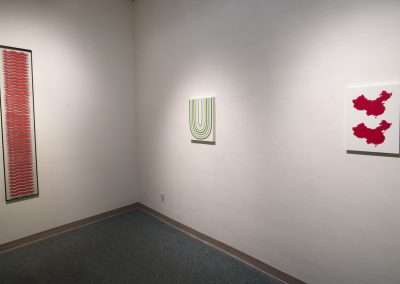 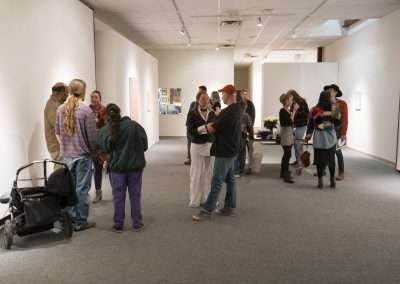 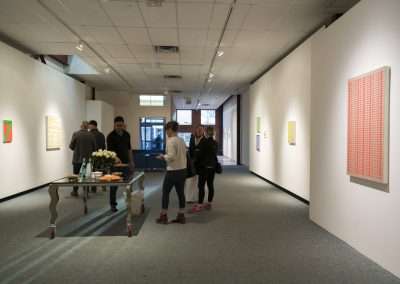 Richard Levy Gallery is pleased to present Seven, a survey of paintings from the last seven years by  Counting the days in a week, seas, continents, and colors in a rainbow, Magee meditates on the number 7 both visually and sequentially in his work. Magee’s compositions are organizations of shapes that have been informed by personal history, numerology, and language.

In his early years Magee found a sense of order from his father, a geologist and archaeologist, who took him on trips through the Southwest where he collected small objects along the way.  As a young adult he worked on a seismic truck in Laredo, TX and recorded vibrations sent into the earth to determine underlying geologic formations. Later, Magee was the chief photo archivist for the Robert Rauschenberg Foundation. Throughout his life, he has established ways of collecting that now inform his painting practice.

Magee’s painting style is minimal in concept, but his brushstrokes are expressive. Within these conceptual spreadsheets, abacuses, and hieroglyphics are reminders of the artist’s hand. His visual language relates to early hard-edge abstraction and finds inspiration in contemporary scientific, ecological, and technological ideas.