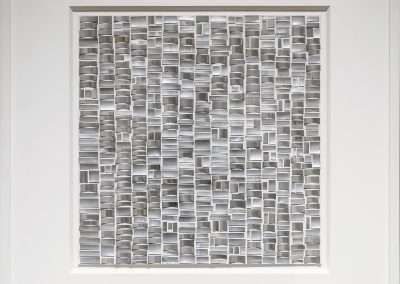 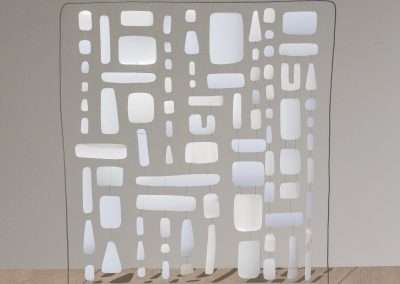 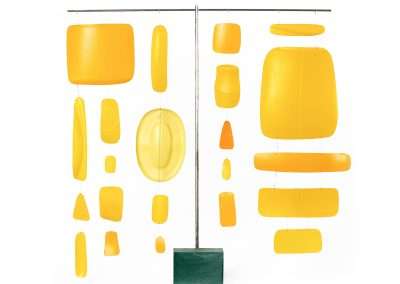 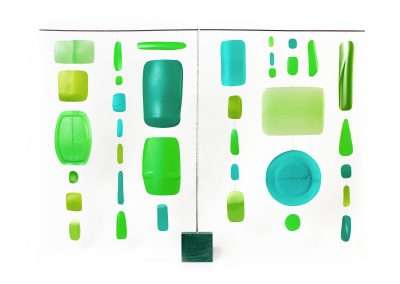 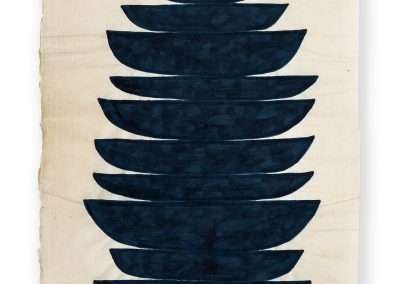 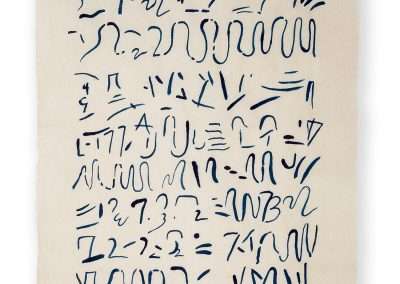 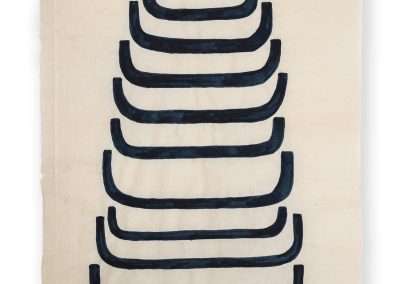 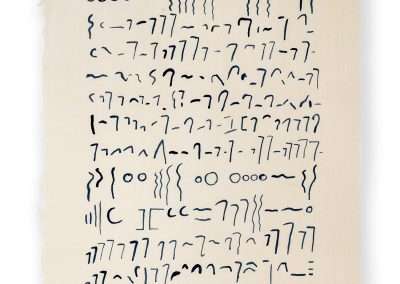 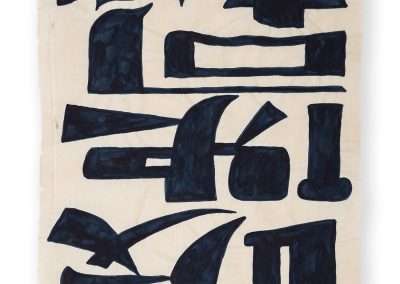 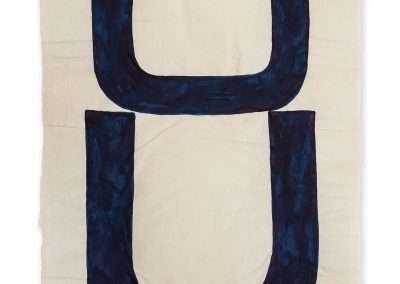 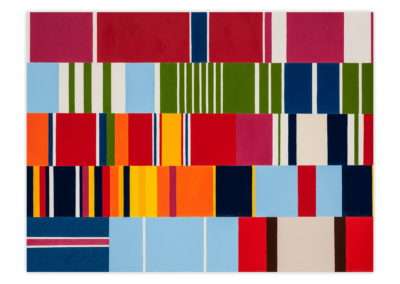 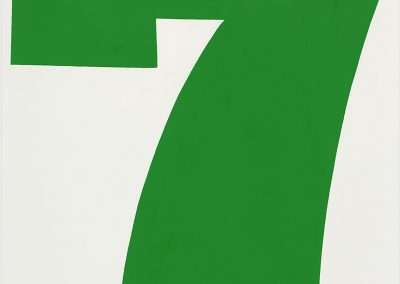 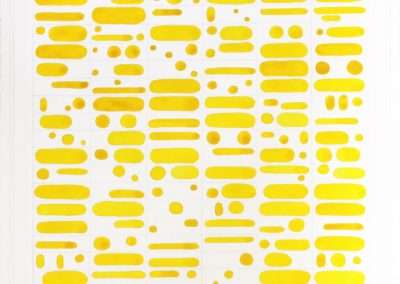 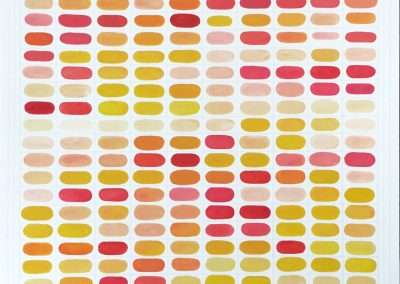 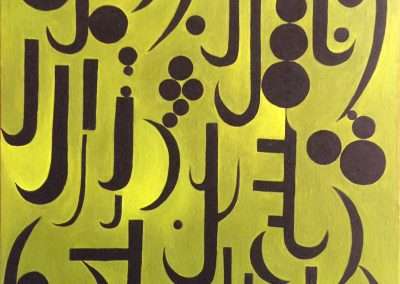 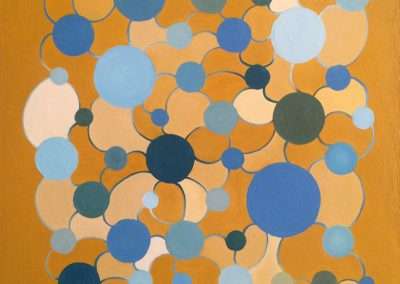 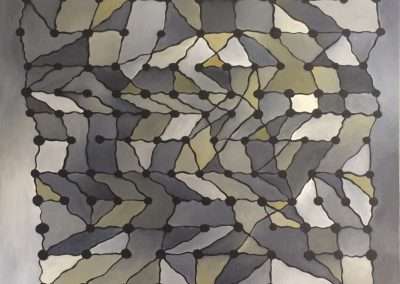 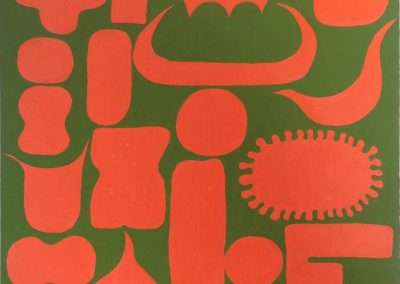 Matt Magee combines geometric minimalism with expressive brushwork in his paintings. His visual language relates to early hard-edge abstraction and finds inspiration in the way a scientist would present objects. Magee’s compositions are organizations of shapes that have been informed by personal history, numerology, and language. His sculptures are inspired by or comprised of found objects and point to the mundane yet hold a sophisticated presence.

In his early years Magee found a sense of order from his father, a geologist and archaeologist, who took him on trips through the Southwest where he collected small objects along the way.  As a young adult he worked on a seismic truck in Laredo, TX and recorded vibrations sent into the earth to determine underlying geologic formations. Later, Magee was the chief photo archivist for the Robert Rauschenberg Foundation. Throughout his life, he has established ways of collecting that now inform his art making practice.

1989
Outside the Clock, Beyond Good and Elvis, Scott Hanson Gallery, New York, NY

2016
Seven: A Survey of Paintings by Matt Magee at Richard Levy Gallery