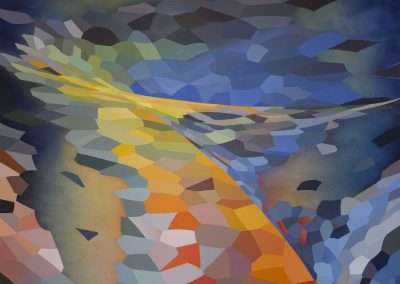 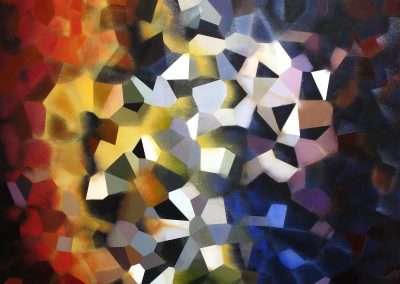 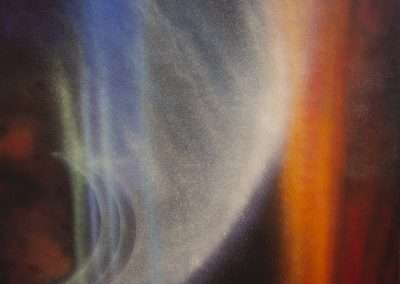 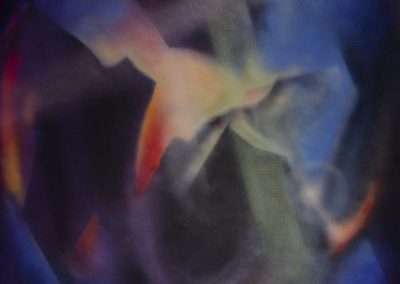 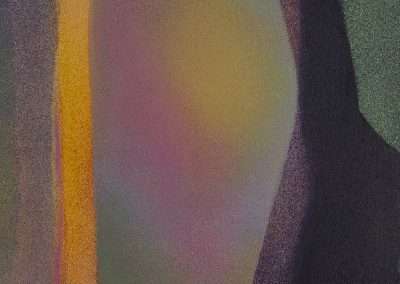 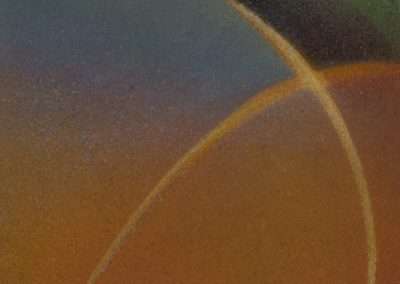 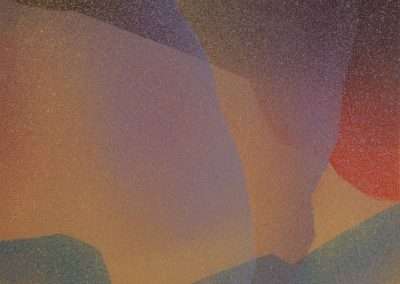 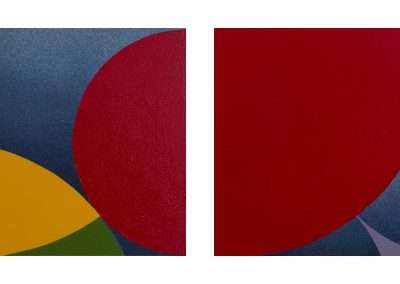 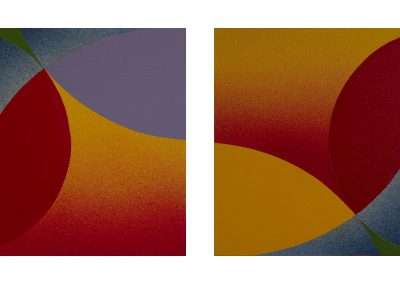 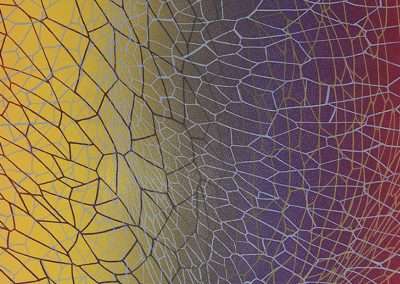 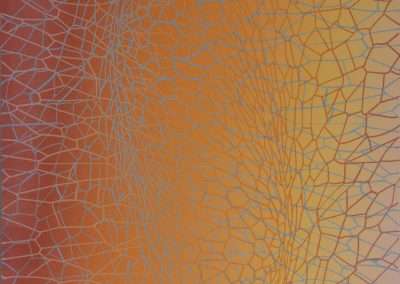 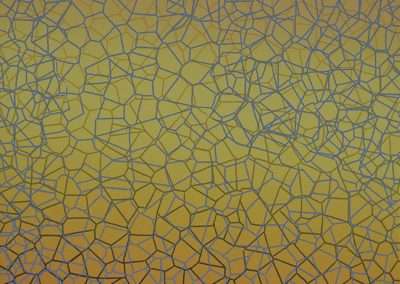 Biography
Jennifer Lynch’s (b. 1961) otherworldly compositions examine both the macrocosm and the microcosm. Her paintings are inspired by networks found in nature, from the nervous system to crystalline structures. She paints like a printmaker using stencils, masks and rollers and uses printmaking inks as the medium. The booth presentation includes a survey of works from different series spanning 22 years. The title of her paintings are names of asteroids and Latin names of wildflowers.

New bodies of work come out of Lynch’s experimental process. The artist works in a non linear continuum spanning 30 years and every piece is informed by previous bodies of work. Drawings on mylar are fractured and turned into photopolymer etching plates which are printed as variations. The matrix from the prints are translated onto large panels which are reworked. Lynch’s large diffused paintings are made by splattering printers inks onto canvases while using stencils to interfere and build composition. By using proprietary interference inks, Lynch’s diffused paintings appear to be lit from within. The overspray from making the large canvas works is the foundation of her smaller panels.

Jennifer Lynch is an artist, printmaker, and educator based in Santa Fe, NM. Highly versed in various mediums of printmaking, including etching, lithography, woodcut, and monotype, her own work specializes in photopolymer viscosity etching. Recent exhibitions include a group exhibition at the Albuquerque Museum in 2022 and a solo exhibition at the Taos Art Museum in 2019.

The minuscule, microscopic and the macroscopic dynamics of natural forces drive me… Color and pattern are my metaphors for natural rhythms and nature’s underlying mysteries.  – Jennifer Lynch

2009
Pressing The Limits, Arvada Center for the Arts and Humanities, Arvada, CO