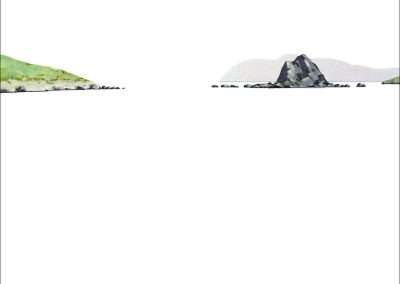 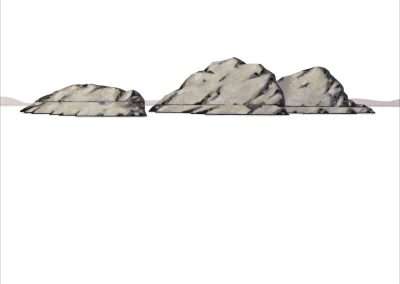 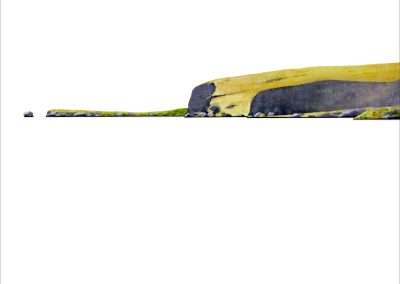 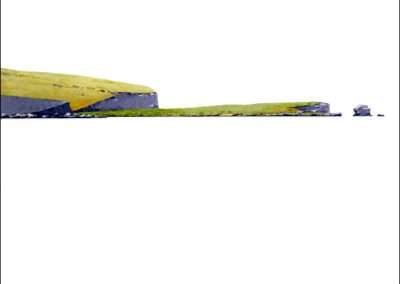 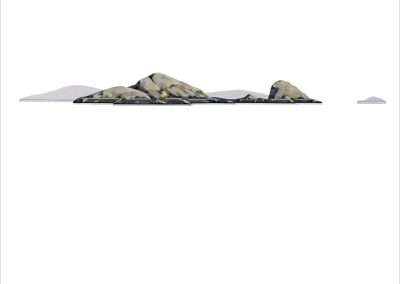 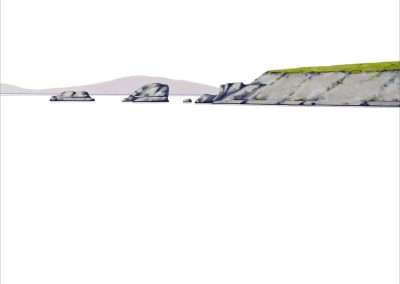 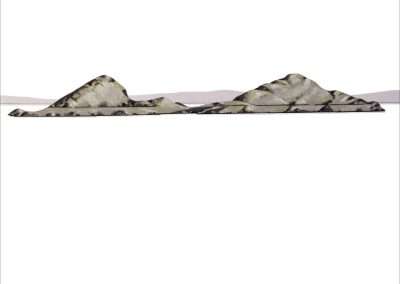 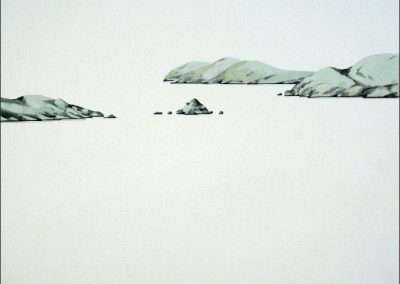 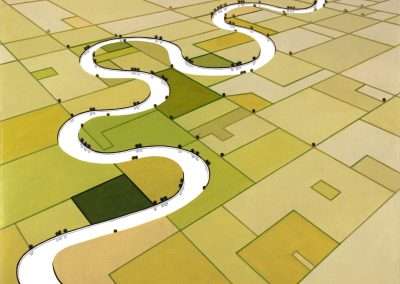 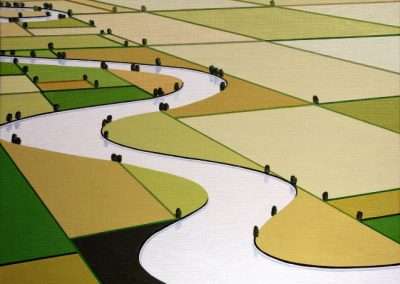 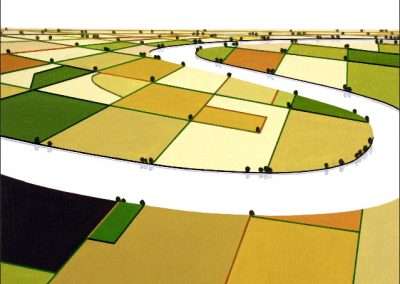 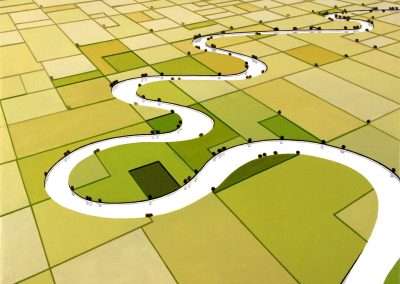 Sugarloaves includes a new series of paintings from Steiger depicting rivers and islands, who has typically depicted icons of our industrial past: grain towers, cable cars, bridges, tunnels, rail cars, and Ferris wheels. These subjects, while Modern Precisionist in look, depict not the Modernist reverie for the industrial sublime, but rather express nostalgia for a simpler worldview. This sentiment carries over into his new work, which is softer in look and feel while still embodying Steiger’s technical tropes. Inspired by summers in Maine and the American landscape, Steiger maps out these economic paintings in his NY studio from drawings and memory, relying on imagination to convey his quiet vision. The show depicts islands and aerial views of rivers softly meandering through grid-like landscapes, belying a romantic whimsy reminiscent of Steiger’s own impression of the world. The white luminosity of the foreground and background in the island images and of the river itself teases the eye into focus. The lack of human presence and flat handling of paint illustrate Steiger’s own sense of order and create a near-perfect image.

William Steiger’s work has been widely exhibited including solo shows at the Queens Museum of Art and Gallery Ihn in Seoul, Korea. He is featured in several prominent collections, including MOMA, the Whitney, and the Metropolitan Museum of Art. Educated at Yale University, Steiger received his Master’s degree there in 1989.