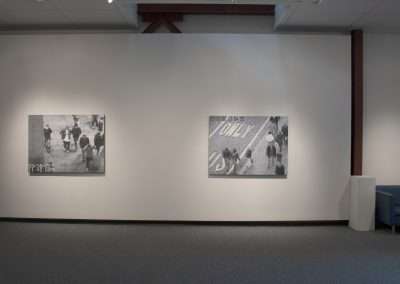 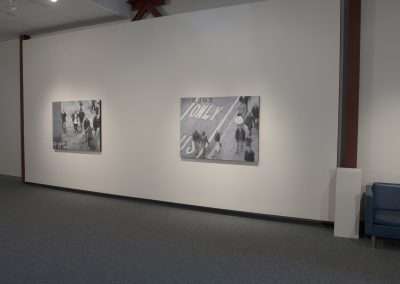 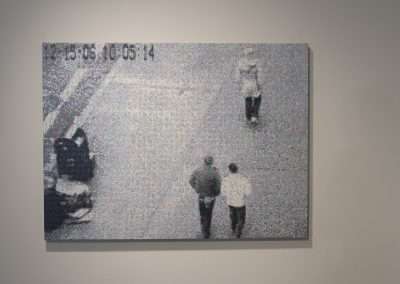 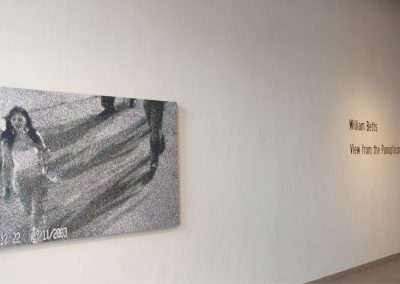 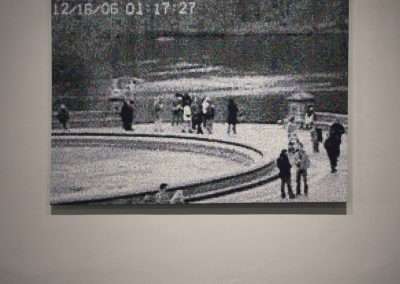 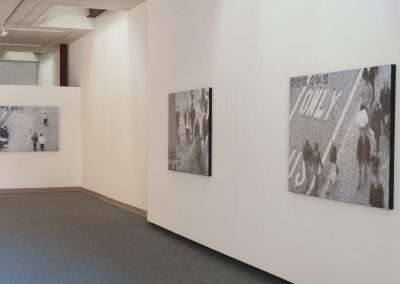 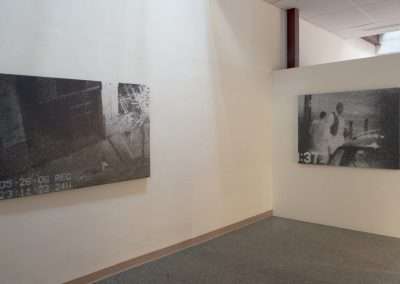 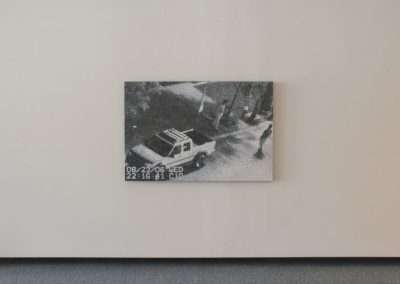 The Richard Levy Gallery is pleased to present recent work by William Betts from his surveillance series. He presents viewers with the contradiction of watching and yet being watched. Betts distills one image from a stream of video footage and reduces it to a range of abstract colored dots, using an advanced linear motion technology and proprietary software system of his own design.

Inspired by the writings of Jeremy Bentham on the Panopticon and Michel Foucault in his work Discipline and Punish, Betts explores the sociological and philosophical implications of surveillance in contemporary post 9-11 society. He creates ambiguous scenes that, up close, resemble color fields redolent of pointillism and from a distance, resemble generic crime scenes. Betts alludes to the ambiguity of crime through heightened perspective, vague environments and anonymous figures to draw the viewer into murky territory. Who is watching whom here, remains a question in viewers’ minds.