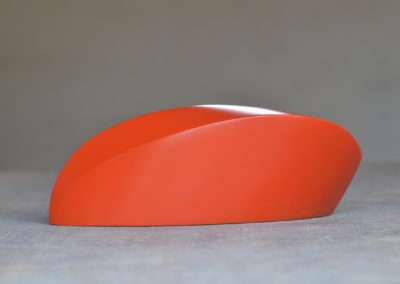 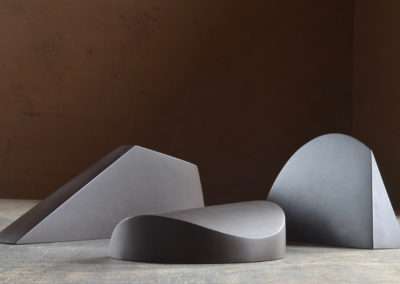 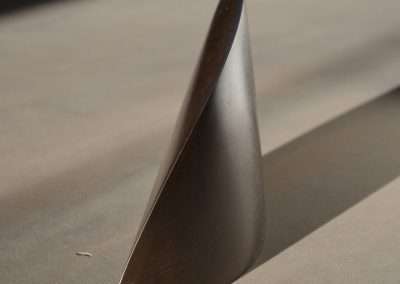 The shape of a sculpture is an attempt to integrate practical concerns such as stability, safety, and durability with more visceral or purely aesthetic responses to the work. Usually I try to make my sculptures in such a way that the internal relationships all seem resolved; the sculptural space or tension is between the object and the viewer. The sculptures are in some way incomplete until they are installed and start to alter their surroundings. They begin to carve the space and light of the installation area into different shapes and tones.
-Tom Waldron