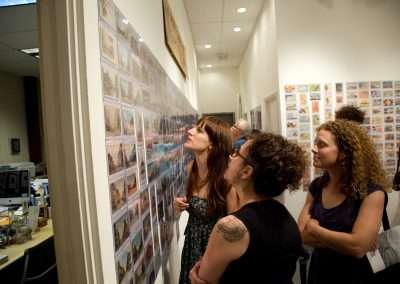 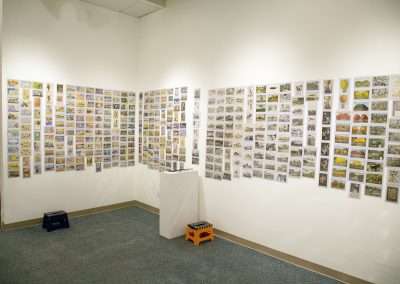 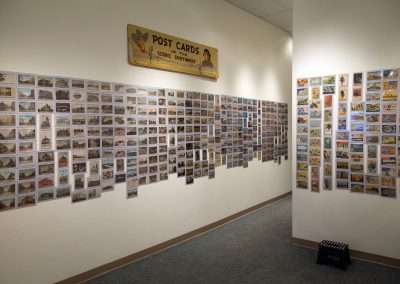 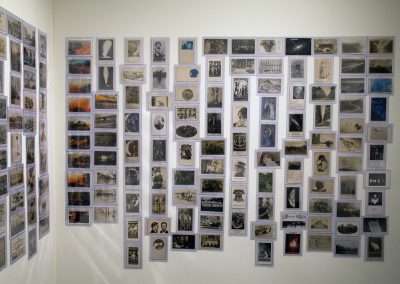 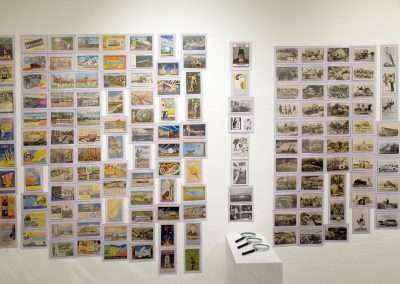 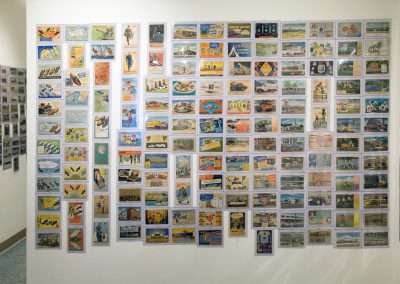 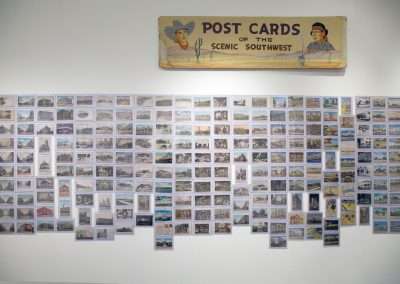 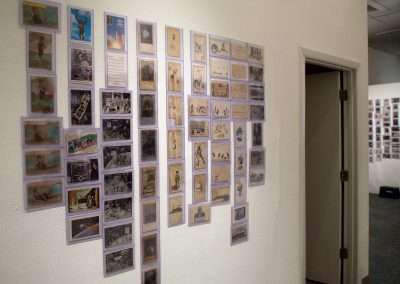 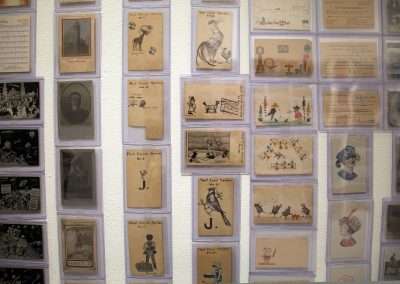 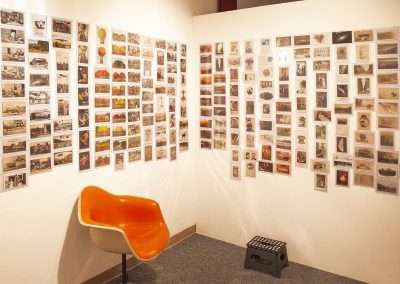 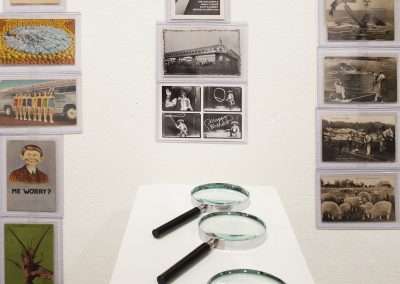 In celebration of our 20th Anniversary, Richard Levy Gallery is pleased to present The Postcard Show, which includes selections from Richard Levy’s postcard collection. The Postcard Show comprises hundreds of postcards – some dating back to the early 20th Century. This project room exhibit includes a large assortment of 1930’s and 40’s linen advertisement cards, early photo manipulations, and a visual history of our city as told through a huge assortment of Albuquerque postcards.

Dating back to when New Mexico was still a territory, the Albuquerque postcards are a unique archive showing street views and historical buildings of a budding downtown. The Detroit Publishing Company’s crisp beautifully printed lithographs display the breadth of life around the iconic Alvarado through dozens of interior and exterior images. Motel cards and linen advertisements evoke the glory days of Route 66 and the open road. The Postcard Show also includes a first edition set from the very first Balloon Fiesta in 1979. Visitors will be treated to these selections along with countless other gems.

Richard Levy began developing one of the most extensive postcard collections in the Southwest in the early 70’s as postcard dealer and owner of The Silver Sunbeam. The Postcard Show is something that any New Mexico history fan or postcard aficionado won’t want to miss!!