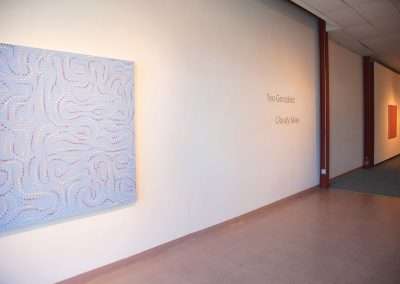 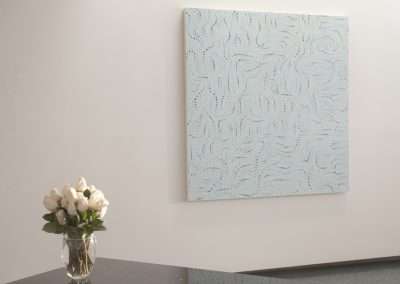 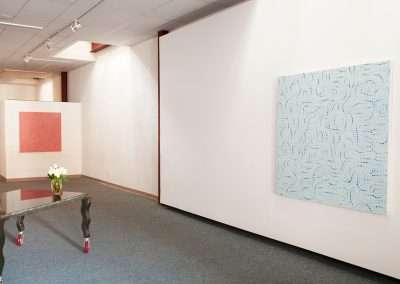 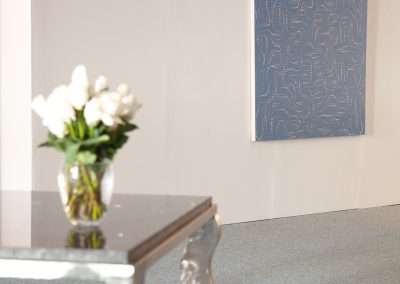 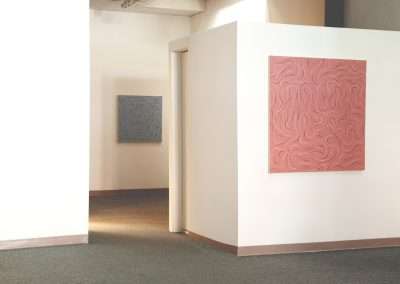 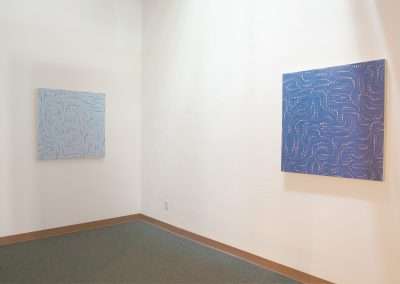 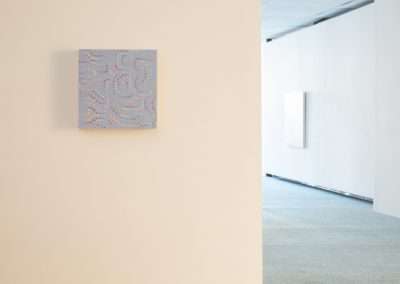 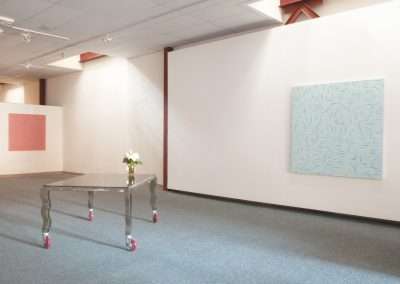 Richard Levy Gallery is pleased to present Cloudy Skies,  a solo exhibition of new paintings by Teo González. Cloudy Skies is a series of lively minimalist abstractions which come from romantic photographic landscapes with billowing clouds and luscious sunsets. Square panels filled with thousands of small imperfect ovals vibrate against one another creating dynamic compositions that mimic the changing sky.

González deconstructs the photograph into a simplified palette of five or six colors before arranging them into rhythmically organic configurations.  He fills the panels with ordered half inch ovals that are reminiscent of the compositions for which he is known. These shapes are then filled with the selected colors to form intuitive patterns that weave across the surface of the panel. González seeks to reduce the image to its simplest form while keeping the substance of the photograph intact.

Teo González was born in Zaragoza, Spain in 1964 and has been showing internationally for the past twenty-six years. His work can be found in distinguished public collections including the Museum of Modern Art, New York,  Los Angeles County Museum of Art,  The National Gallery of Art, Washington D.C. and countless others. González currently lives and works in New York City. This is González’s third solo show at the Richard Levy Gallery.