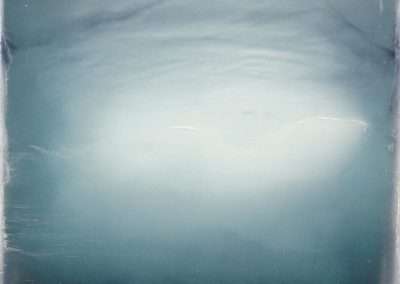 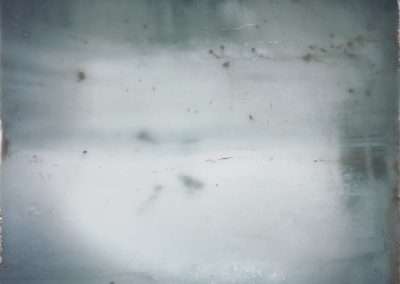 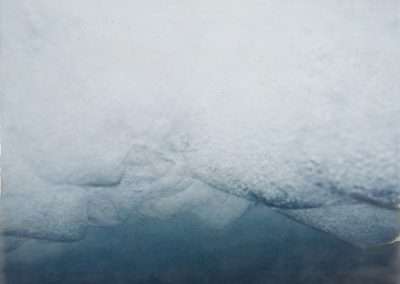 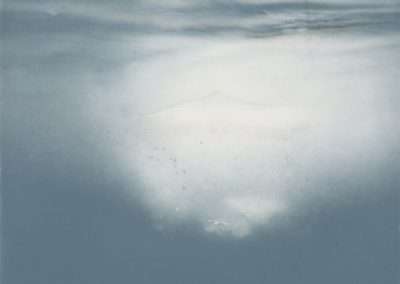 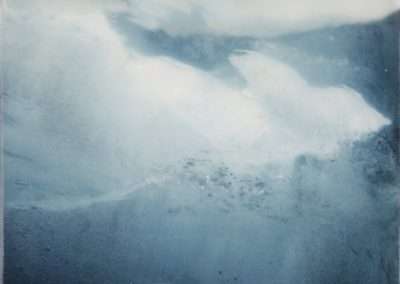 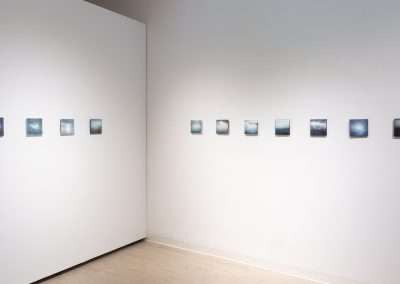 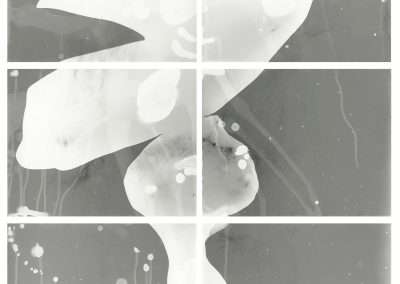 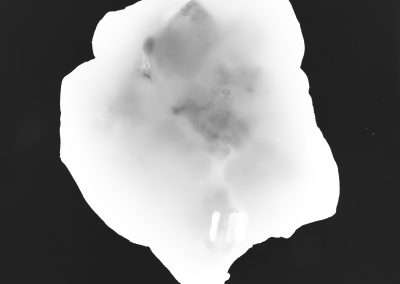 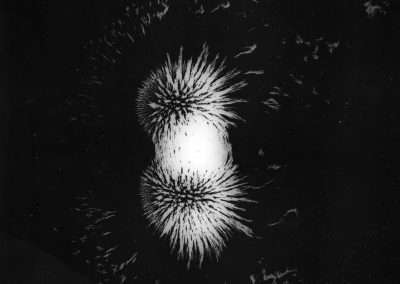 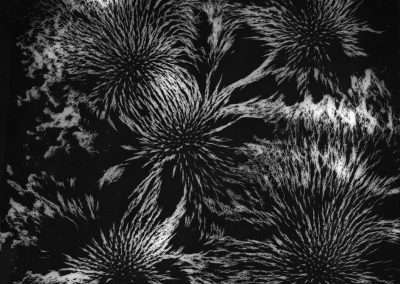 Biography
Shoshannah White  is an interdisciplinary artist and climate activist based in Portland, Maine. Informed by scientific inquiry and our rapidly shifting environment, she takes an in-depth look at hidden information found in the natural world. This body of work is from Temporary Ground, a series of landscape and underwater photographs of glaciers and icebergs in Svalbard, Norway. White covers the surface of each photograph with encaustic wax to mimic the snowy environment and bring attention to the issue of melting glaciers. The scattered metallic spots represent the dirt and industrial particulate which is rapidly affecting ice melt by increasing heat absorption. White considers the collective history a glacier holds and the sense of connection/disconnection we have with the world we inhabit.

White has participated in artist residencies in the United States, the Canadian Maritimes, and in Svalbard, Norway, within the Arctic Circle. Her work is included in the Dancing Bear Collection of W.M. Hunt, the Judy Glickman Lauder Collection at the Portland Museum of Art, Dickinson College, and at the Bates College Museum of Art. Her work is also included in W.M. Hunt’s The Unseen Eye, published by Thames & Hudson,an Aperture edition. Her images have been featured in Photo District News, Newsweek, Psychology Today, Details, Der Speigel, and the Wall Street Journal. White is based in Portland, Maine.

Of course there is no pristine environment on earth today, and so I’m capturing the beauty of a highly compromised circumstance. I work a lot with the idea hidden or obscured information. Spending time in the Arctic began with an impulse to be in a part of the world so impacted by humans but with very little visual evidence. —Shoshannah White

Awards
2018
Maine Arts Commission, Project Grant, Funded in part by the National Endowment for the Arts

2016
Maine Arts Commission, Project Grant, funded in part by the National Endowment for the Arts

2012
Americans for the Arts, Public Art Network, Year in Review: Top 50 installations of the year

2013
Maine Arts Commission, Good Idea Grant, funded in part by the National Endowment for the Arts

2002
The Book of Alternative Photographic Processes by Christopher James