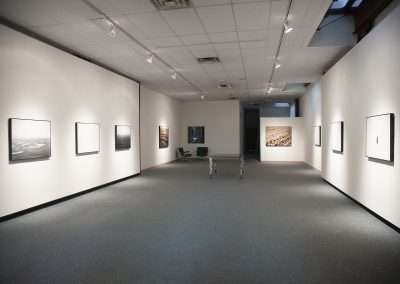 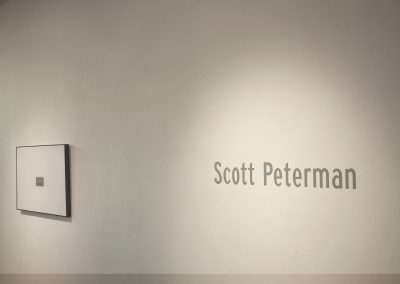 The Richard Levy Gallery is pleased to announce an exhibition of photographs by Scott Peterman. This survey exhibition includes selections from series created over the past 5 years. Although Scott Peterman’s photographs portray a wide range of pictorial landscape, they are unified by abstraction, the infinite, solitude, and silence.

Reducing landscape to its most minimal form, Scott Peterman transforms icehouses in Maine and New Hampshire and shelters at White Sands National Monument into minimalist imagery. Taken on overcast shadowless days, forms and color are flattened. Within a vast and empty landscape, these images become a vista where the rest of the world dissolves.

Employing a helicopter, or perched on the Empire State Building, Scott Peterman utilizes a large format camera and a gyrostabilizer to photograph urban environments such as Sao Paulo, Mexico City, Cairo, and Tokyo. Dense and repetitious forms are captured. The images are simultaneously static and dynamic. Peterman avoids distinguishable architectural landmarks and human presence to create an anonymous city. This metropolis conjures the illusion of an urban silence that could never really exist.

Scott Peterman received his MFA from Yale School of Art and exhibits internationally. Selected exhibitions include Global Cities at the Tate Modern in London, The 10th International Architecture Exhibit at the Venice Biennale, and The Way Life Is and the Biennial 2007 at the Portland Museum of Art, in Maine. Images from this exhibitions are available on our website