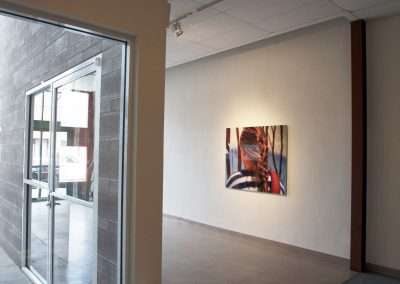 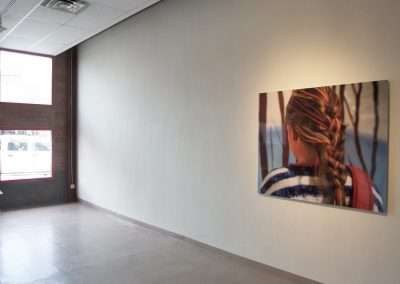 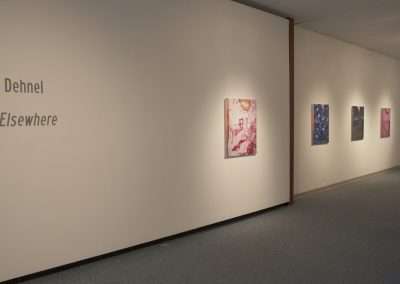 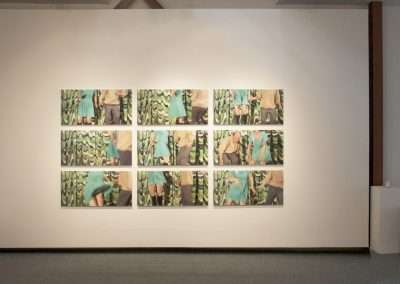 Richard Levy Gallery is pleased to present a selection of photographs by German artist, Sabine Dehnel. They are a bright marriage of the concepts of painting and photography. In the project room we are exhibiting photographs from the series entitled Representations by Cynthia Greig, which deal with similar issues of perception and what colors it.

Trained at Otis College in Los Angeles, Sabine Dehnel works in the German, photographic tradition conferring new importance on production as well as reception, to experiment with how viewers experience a work of art. Beginning with a photograph, often mined from the archives of childhood holiday photo albums, Dehnel creates an elaborate set composed of fabrics, paper, wood, and plastics, mimicking the photograph, while retaining a romantic whimsy. In it are placed models with corresponding props, careful dress and painted make-up. The scene exists in several layers: as the original photo, its recreated set, and its resulting depictions in paint and photo. Media is not the message, however. The elusive membrane of memory is. Dehnel uses role-play and reconstruction to investigate the romanticism of vision and the relativism of experience. The results are playfully taut scenes of figures (or rather, fragments of figures) who never return the viewers’ gaze and remain absorbed in their setting, shrouded in mystery, in which viewers can’t help but indulge.

Dehnel has exhibited internationally since 1997.