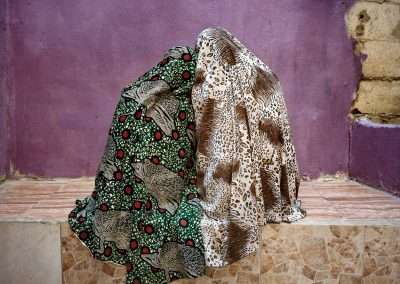 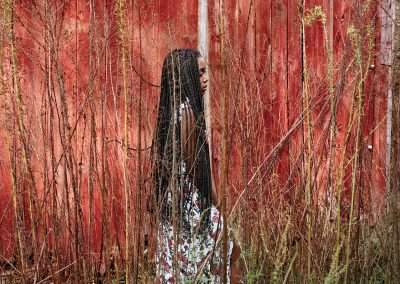 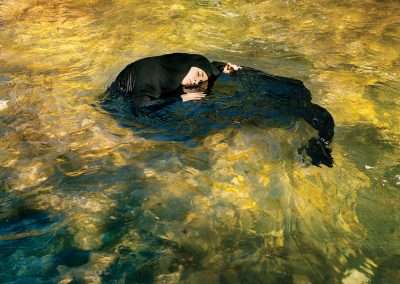 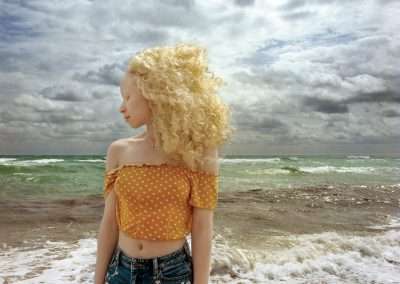 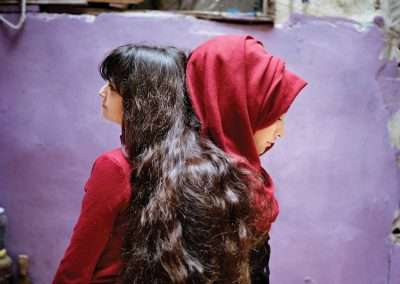 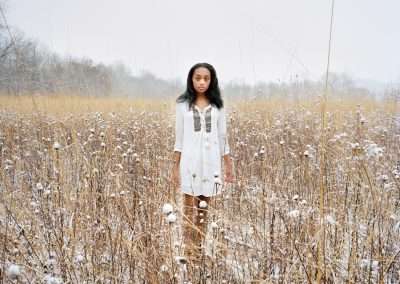 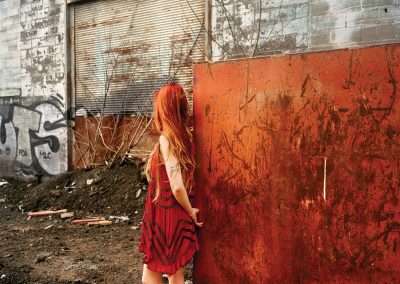 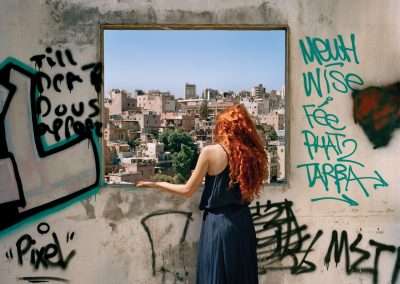 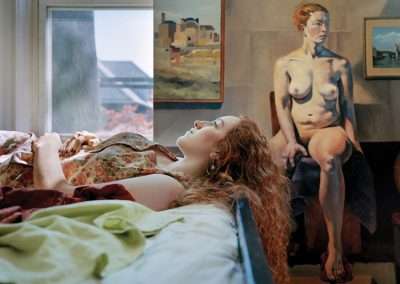 Rania Matar (b. 1964) explores issues of personal and collective identity is her series SHE. Photographs of female adolescence and womanhood are captured in the United States and the Middle East where the artist has resided. She focuses on notions of identity and individuality, within the context of the underlying universality.

Her photographs are in permanent collections worldwide, including the Broad Museum of Art, Lansing MI; The Guggenheim Foundation, New York, NY; the Museum of Fine Arts, Boston; Los Angeles County Museum of Art (LACMA), Los Angeles CA; the Museum of Fine Arts, Houston; National Museum of Women in the Arts, the Portland Art Museum, Portland OR; the Worcester Museum of Art, Worcester, MA; and the deCordova Museum and Sculpture Park, Lincoln, MA among many others. A mid-career retrospective of her work was recently on view at the Cleveland Museum of Art, and at the Amon Carter Museum of American Art: In Her Image: Photographs by Rania Matar and at the American University of Beirut Museum in An Image and Her Women. She was born and raised in Lebanon and currently lives in Boston where she teaches at the Massachusetts College of Art and Design.

My work addresses the states of ‘Becoming’– the fraught beauty and the vulnerability of growing up –in the context of the visceral relationships to our physical environment and universal humanity. By collaborating with women in the United States and in the Middle East ‐ and while still looking to reveal the individuality of each young woman ‐ I focus on our essence, our physicality and the commonalities that make us human, ultimately highlighting how female subjectivity develops in parallel forms across cultural lines”.
Rania Matar

2015
A Girl and Her Room, Galerie Eupenspiegel, Basel, Switzerland

Rania Matar : On Either Side of the Window, L’Oeil de la Photographie, June 15

Nancy Nesvet, Where Does the Art Wold Go From Here?, ARTSCOPE, May/June

Art In: John Baldessari, Rania Matar, and The BFA Show, Musee Magazine, May 15

Merrill Allen, AT THE MUSEUM: What happens to creativity in quarantine?, Newport News, May 9

Cate McQuaid, With window portraits, a photographer can ‘forget a little the sadness’, Boston Globe, April 30

Vanessa H. Larson, A view of women’s bodies, by 12 female photographers, that is by turns playful, provocative and profound, Washington Post, November 27

Opening This Week: Live Dangerously, National Museum of Women in the Arts, September 18

A Celebration of Women, by Women, PDN Photo of the Day, September 16

Ricky Aggarwal, The 5 Female Arab Artists that We Fell in Love With, AQUILA STYLE, June 26

CUSP: At the Edge of Girlhood, Girl Museum, May

Cory Oldweiler, The Photography Show at Pier 94 offers something for everyone, AM New York, April 4

Elin Spring, Age of Becoming, Review of SHE at Robert Klein, What Will You Remember, March 14

Large-scale color photographs examine the commonalities of female identity in the US and Lebanon, ArtDaily, November 21

In Her Image, Cleveland Museum of Art Members Magazine, November/December

Roula Seikaly, Art Game Hustle: Guggenheim’s 2018 Photography Fellows on What it Takes to Earn the Most Prestigious Honor, Humble Arts Foundation NY, May 17

Rawan Ezzeddine, Review of SHE at Galerie Tanit, Al Akhbar, May 9

Photographer Rania Matar On Daughters, Film, and In Her Image at Amon Carter, D-Magazine, April 5

Marilyn Bailey, Female artists a force to be reckoned with in concurrent exhibits at the Amon Carter, Star Telegram, February 9

Elyssa Goodman, Inside the Private Spaces Women Can Call Their Own, Vice Magazine, January 31

2017
Chloe Coleman, Photography series explores mother and daughters, and their relationships around the world, The Washington Post, December 15

Miss Rosen, Growing us as a woman in the east and west, Huck Magazine, November 29

Growing Up and Growing Old, PDN Photo of the Day, December 28

2016
Elena Goukassian, Looking at the Invisible Children Growing Up as Refugees, Hyperallergic, October 4

Brandon Johnston, Growing up here and there, The Daily Star, January 26

M. Thomas, Photographer Rania Matar lectures at the Carnegie about how her work reflects her life, Pittsburgh Post Gazette, September 16

Jacoba Urist, Why can’t great artists be mothers?, Women in the World, New York Times, May 21

An audacious artist explores the boundaries of femininity and maturity, The Fashionable Truth, Quintessentially Asia, February 19

Roula Seikaly, Speaking Their Truth: Photography from Women in Iran and the Arab

David Rosenberg, These Photos Beautifully Capture the Complex Relationship Between

2014
Shirin Jaafari, Giving Syrian children their identities back, one portrait at a time, PRI, November 10

Kirsten King, This Photo Series Aims to Give Syrian Children Their Identities Back, BuzzFeed, November 21

2013
Kristen Gresh and Michket Krifa, She Who Tells a Story: Women Photographers from Iran and the Arab World, MFA Exhibition Book, September

Elizabeth I. Johnson, A Girl and Her Room, CNN World – CNN Photos, March

Keep Out — A Girl and Her Room, Marie Claire, Greece, August

KOSMOS: A Girl and Her Room, GEO Magazine, Germany, August

Olivia Flemming, A Girl and Her Room, The Daily Mail, UK, June

LIV Supplement, A Girl and Her Room, “i” Newspaper, Portugal, June

Susan Minot, A Girl and Her Room: Photographs from a new book by Rania Matar, Slate Magazine, Book Review, June

Claire O’Neill, From Boston to Beirut: A Girl and Her Room, NPR: The Picture Show, May 23

Maria Popova, A Girl and Her Room: Portraits of Teenage Girls’ Inner Worlds Through Their Bedroom Interiors, Brain Pickings, May

David Carol, A Girl and Her Room, Rangefinder Magazine: Photo Finish, May

Lizzie Crocker, A Girl and Her Room Exhibit: Photos by Rania Matar, The Daily Beast, Newsweek, May 20

Interviews: Rania Matar on A Girl and Her Room, Photo-eye Blog, April 25

India Stroughton, Exhibition Review: Her space, if not quite her castle, The Daily Star, Lebanon, April

Wim Melis, The pursuit of Happiness,Noorderlicht Photofestival Catalog, The Netherlands