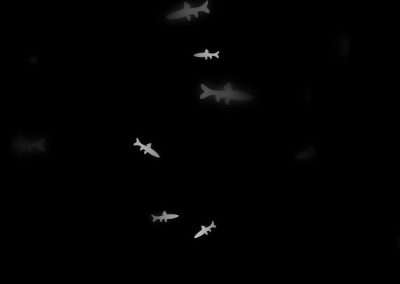 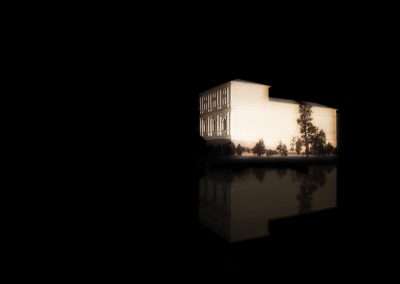 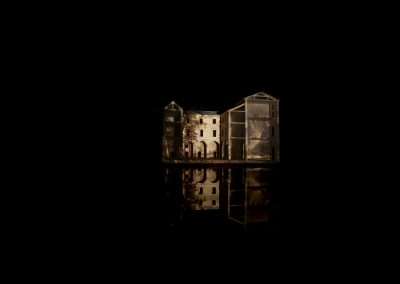 Biography
Mary Tsiongas is a multi-disciplinary artist whose work addresses human relationships to technology and the natural environment. In her recent new media piece, Fish Out of Water, Mary Tsiongas worked with local experts on the ecology of the silvery minnows found in the Rio Grande. Her quiet meditative new media piece conveys the arduous fight for survival that the minnow has faced over recent decades.

Born in Greece and now based in Albuquerque, NM, Mary Tsiongas has performed, exhibited, and lectured extensively for the past fifteen years. Her work has been shown in over fifty solo and group exhibitions nationally and internationally, including ARTSPACE, Sydney, Australia; NOGA Gallery, Tel Aviv, Israel; San Jose Museum of Art, San Jose, CA; National Museum of Women in the Arts, Washington, D.C.; and the Lincoln Center, New York. She is currently a Professor of Experimental Art and Technology in the Department of Art at the University of New Mexico.

The work I have done in the last ten years has attempted to explore my (and our) changing relationship to the natural world.  I use ‘natural world’ to refer to the naturally occurring landscape, and to it’s apotheosis in wilderness; and as a term of opposition to the increasingly unnatural suburban/urban/engineered/built environments I find myself in.  My choice of subject hinges on my deep (and deepening) concern about how we as humans are impacting the natural world; and on my interest in how these impacts are affecting me (and us), personally and globally, in return. This underlying concern interacts with other longtime fascinations such as metaphysics, games, chance, memory and simple electronic technology.  -Mary Tsiongas

2002
Learning to Love You More, Web show, Maine College of Art, Portland, ME