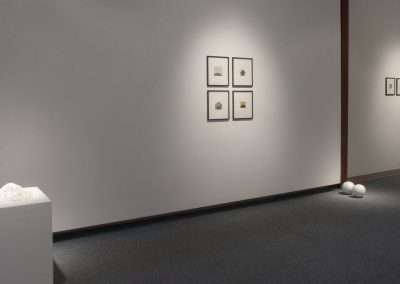 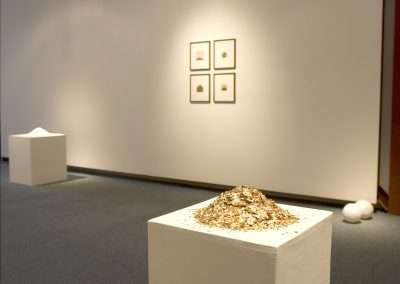 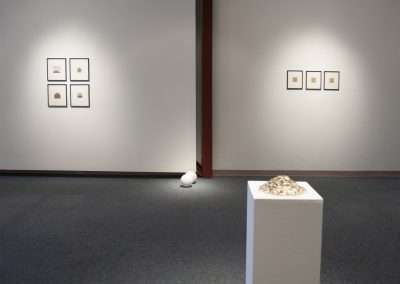 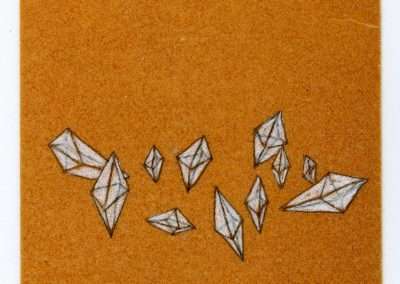 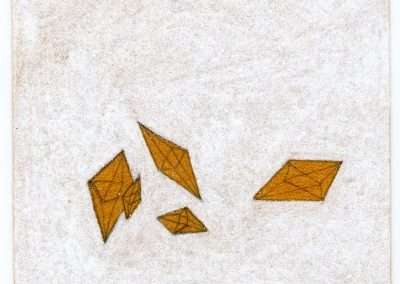 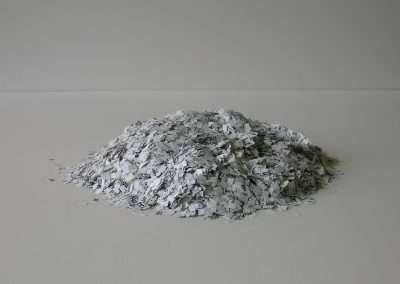 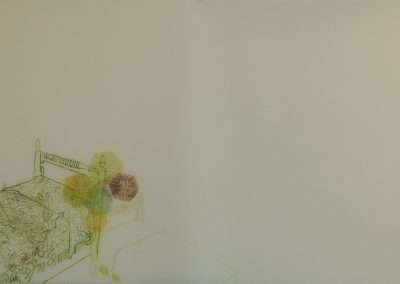 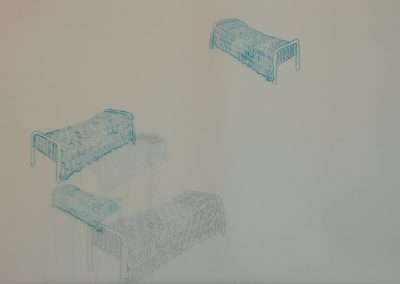 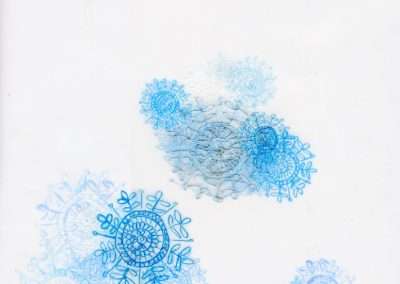 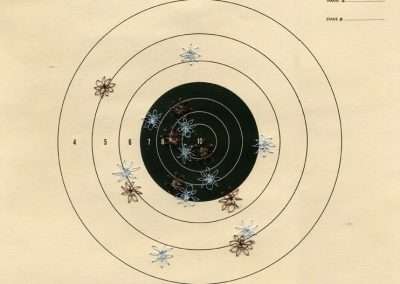 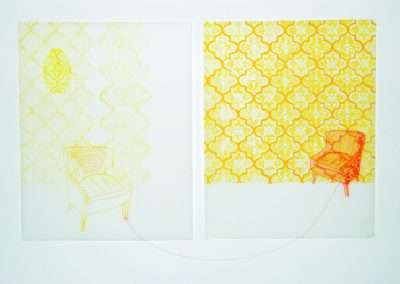 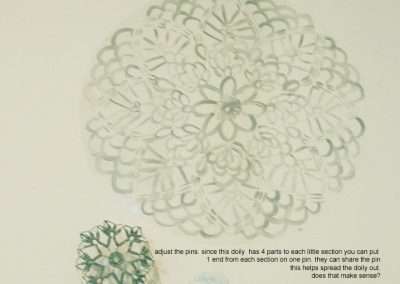 The Richard Levy Gallery is pleased to present new work by Lisa Solomon and Kerri Rosenstein.

Kerri Rosenstein was born in Baltimore in 1976 and currently lives and works in Missoula, Montana, where she received her advanced degree from the University of Montana in 2002. With a solid history in painting and drawing, Rosenstein is experimenting with transforming her two-dimensional work into dimensional sculptural pieces. Instead of simply creating a traditional print or drawing, Rosenstein now deconstructs her work by rearranging it, imbuing it with a new set of relations to space. She turns a painting into a pile of fragmented paper, carefully cut and composed, refocusing attention on her process. What was a normative print that existed as one whole structure becomes a seemingly infinite network of smaller, divisible, torn images. Minimal in presentation, these works convey a generosity in meaning through overt materiality and exposed reinterpretation of process.

Born in Arizona in 1973, Lisa Solomon lives and works in Oakland, California. She was educated at the University of California at Berkeley, in addition to Mills College in Oakland, receiving her advanced degree in 2003. Her work addresses issues of gender and domesticity reclaiming traditional craft techniques as fine art. Quilting and needlepoint interlace with drawings and paintings in a search for order through the practice of mundane and repetitive tasks. Solomon presents threads hanging from an image of a bed, and stitches puncturing anatomical drawings of body parts to underscore the organic connection between objects and our bodies. Solomon intends for the viewer to see and contemplate her process, the interchangeability of art and craft, and to question the nature of dichotomies.