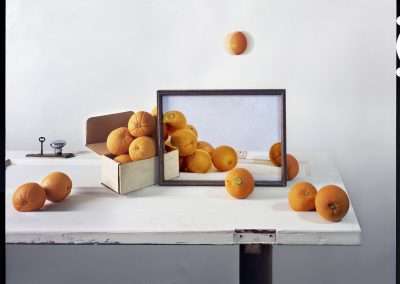 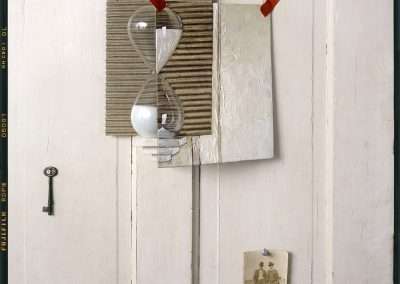 John Chervinsky  worked at an applied physics lab at Harvard University. His work is found in numerous public and private collections including the Museum of Fine Arts, Houston; the Museum of Art, Portland, OR; and the Fidelity Investments Collection.

I am fascinated by the concept of time. I can measure it, account for it in an experiment in the lab, and live my life in it, but I still don’t know what it is, exactly. We are all aware of the great pioneering time and motion studies done by practitioners such as Eadweard Muybridge, Harold “Doc” Edgerton and even the experimental work of Bernice Abbott done during the late 1950’s at MIT. That work investigate motion with image capture intervals ranging from 100 nanoseconds (the time of the pulse of a fast strobe) to several seconds it takes for a horse to trot in front of a reference grid. In fact most contemporary photographs work somewhere within that range. What would happen then, if we decided to work outside that range? What would happen if we picked an image capture interval of not seconds, but weeks?

This conceptual work in progress is an investigation of the physical phenomena of still and moving objects in space over time.

My process is as follows:

1. Compose and photograph a still life.

2. Crop a subset of the image and send it to a painting factory in China.

3. Wait for an anonymous artist in China to complete an actual oil painting of the cropped section, and send it to me in the mail.

4. Reinsert the painting into the original setup and re-photograph.

2008
Massachusetts Institute of Technology (in conjuncture with the PRC), Cambridge, MA

Portland Museum of Art, Portland, OR

Wes Pulkka, You are entering a new dimension of time, Albuquerque Journal, May 27

2008
Issues in Science and Technology, Fall

2005
Salamander- a magazine for poetry, fiction, and memoirs, December