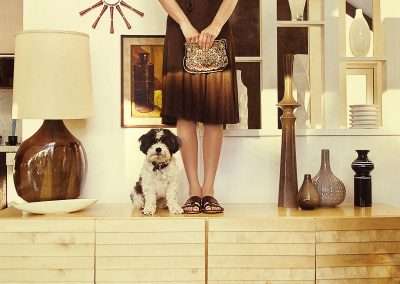 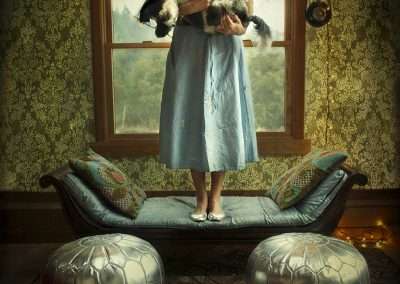 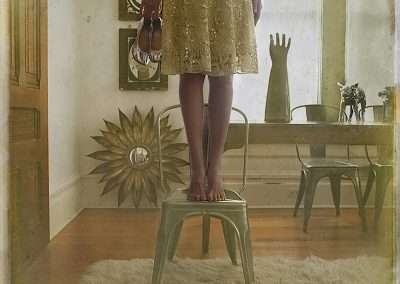 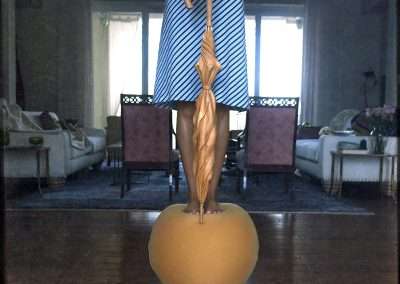 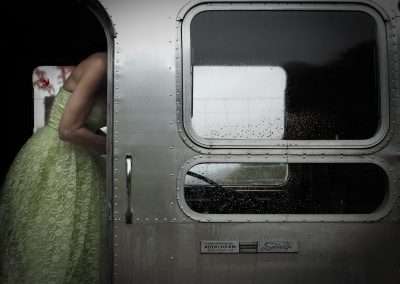 Biography
Heidi Lender received her BA in apparel and textiles at Cornell University.  As a former fashion editor and reporter, Lender recently began photographing herself in various ensembles and environments as a way to explore parts of her identity in times of change. Lender’s work has been featured in the CNN photo blog, Photo District News, and F-Stop Magazine.

What began as a self-imposed weekly photo assignment — “Stand on a bench. Make sure it’s Monday. Wear something pretty.” — transformed into this who-am-I photo-tale exploring the individual in various environments and apparel.

A former fashion editor and reporter on style-related subjects, I abandoned the world of words and appearances and moved to India nine years ago to study yoga and dive into the inner universe. My past and paths now collide in this project – personal façade vs. private interior.

Wardrobes and surrounding spaces are representations and reflections of who we are or who we purport to be. We explore, experiment and express the different aspects that are the ingredients of our individual, whether we are aware of it or not. Be it wild or controlled, we inevitably illustrate a part of ourselves.

The self-portrait series “Once Upon” whimsically plays upon this illustration. With a platform on which to stand, I investigate the host of personalities within, the layers that make up the self, the characters we hide, show, accept and reject, and the role that fashion and design play in molding those characters. My closet is colorful, a menagerie of clothes and accessories amassed on my journeys; though a collection untouched, unworn. Here, it has place and purpose. Headless self-portraits, piled with textures, lend a sense of objectivity, obscurity and freedom from identification. – Heidi Lender

Education
1988
Bachelor of Arts in apparel and textiles, Cornell University

Seeing Myself, Seeing Others: The Art of the Portrait, PhotoPlace Gallery, Middlebury, VT

Self-Searching: The Art of Self Portraiture, PhotoPlace Gallery, Middlebury, VT

The 2nd Edition of the Julia Margaret Cameron Award 2011, 1st and 2nd place in Self Portrait

Tricia McCarter, Artist of the Week: Heidi Lender Peels Away the Layers of  Self-Discovery, GALO, August 16

Wesely Pulkka, All is not as the camera captures it, The Albuquerque