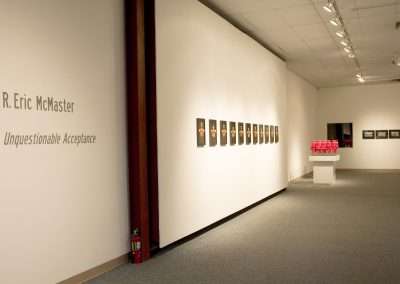 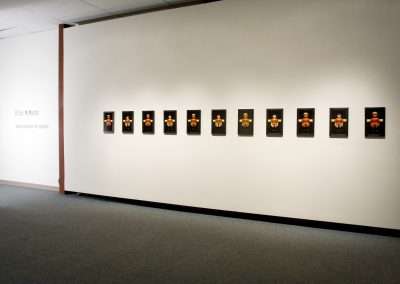 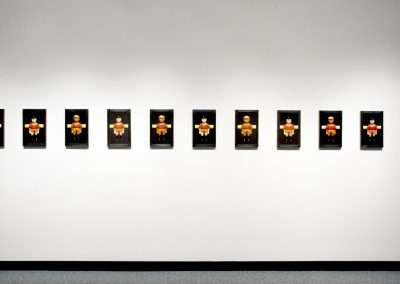 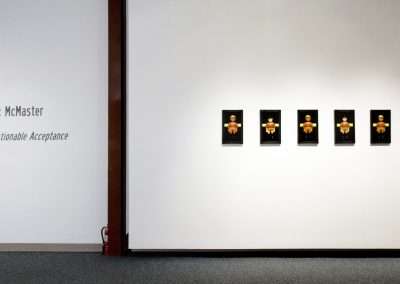 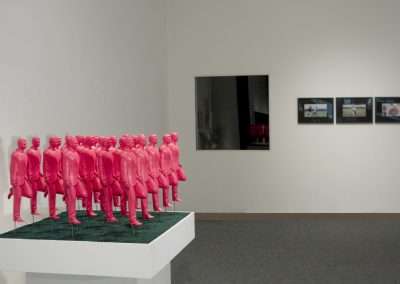 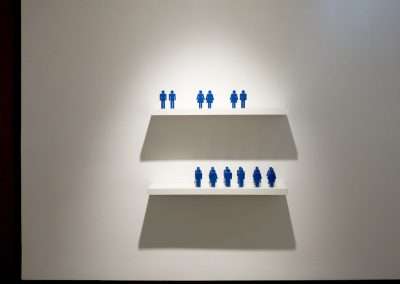 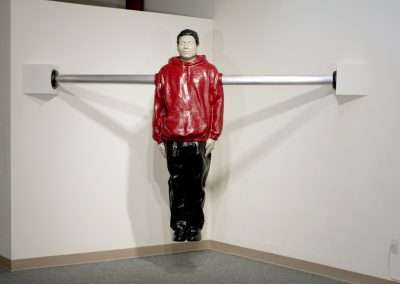 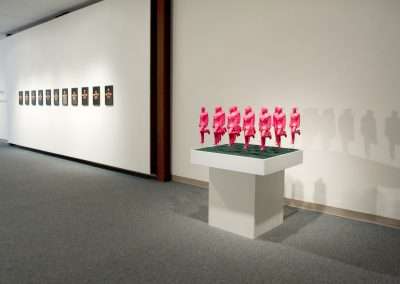 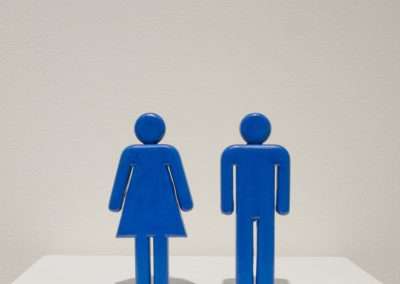 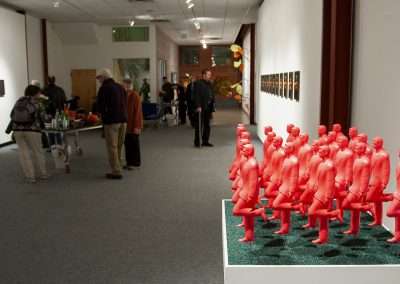 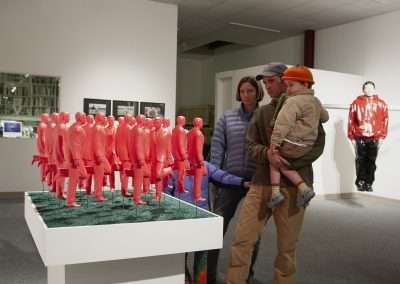 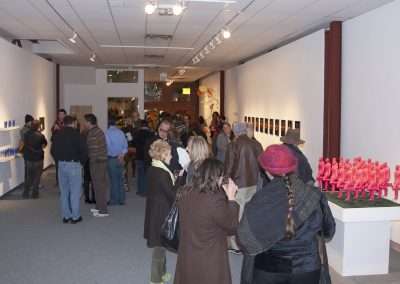 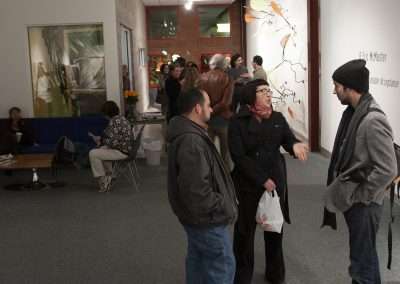 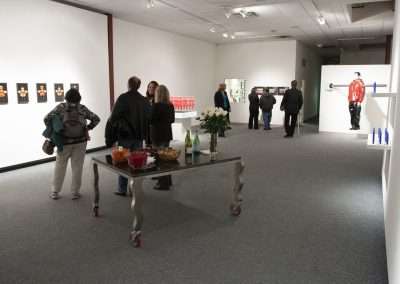 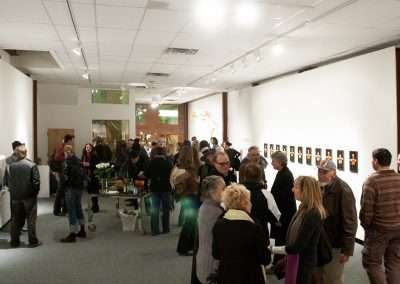 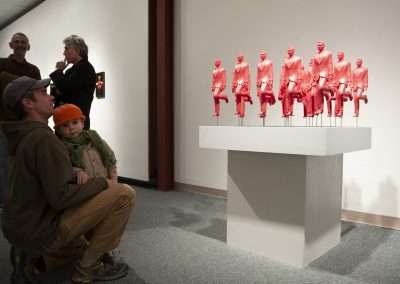 Richard Levy Gallery is pleased to present, Unquestionable Acceptance, a multimedia installation by emerging artist, R. Eric McMaster. Utilizing video, rapid prototyping, and traditional processes such as casting and photography, Eric McMaster creates a world that is grounded in both state of the art digital technology and traditional arts.

Rapid prototyping is a computer automated manufacturing process typically employed by architects, scientists, and industrial manufacturers to create 3 dimensional forms. McMaster is at the forefront of contemporary artists who use this technology as an artistic medium. For Unquestionable Acceptance, Richard Levy Gallery is pleased to debut a limited edition sculpture, Lawn Ornament, where a lone figure is perched like a flamingo on a bed of Astroturf. McMaster begins with a three-dimensional scan of himself and manufactures a rapid prototype from this digital information. He then uses the prototype to create a mold from which he casts multiple figurines made of dyed polyurethane. His process explores the question of what is lost when a living being is reduced, through means of mass production, to a plastic object.

McMaster will also create a foosball game with figures from his scans of day laborers that he hired to play a soccer match. The game will be accompanied by a video of the match, and life size 3-d prints of some of the players.