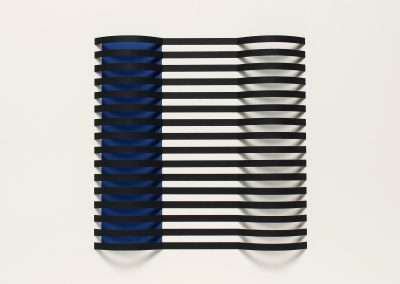 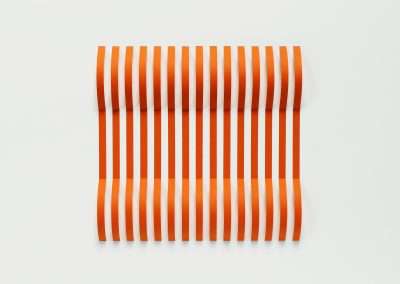 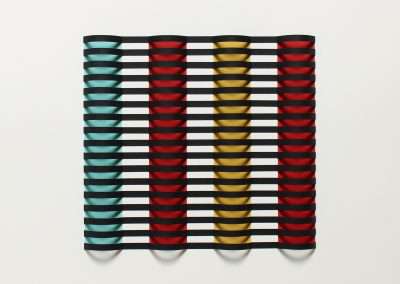 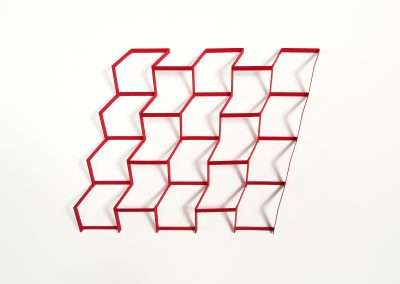 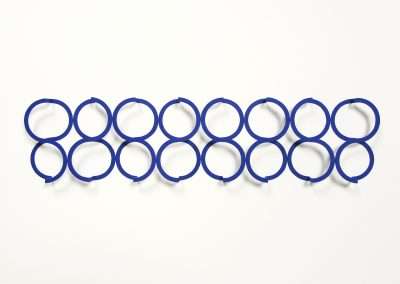 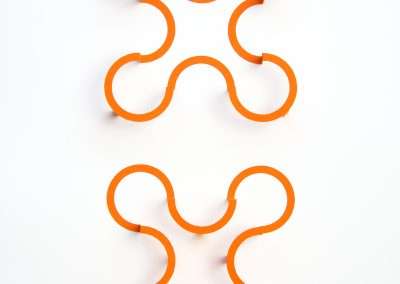 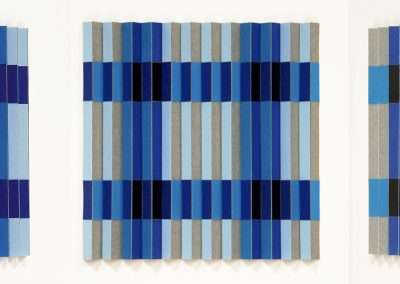 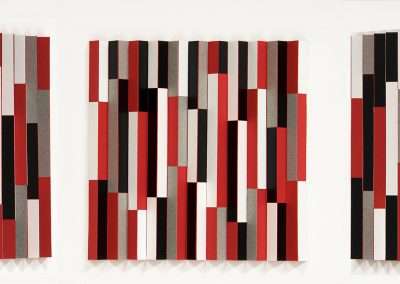 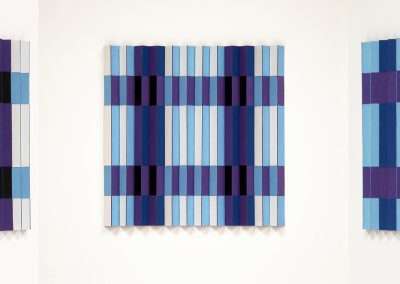 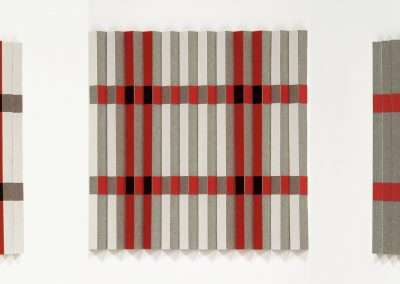 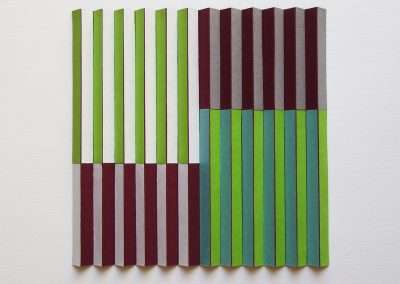 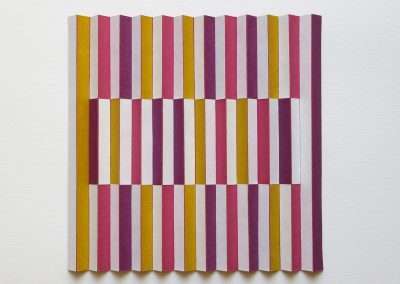 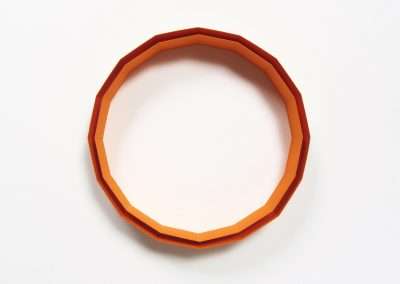 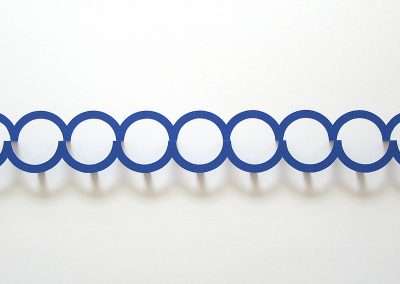 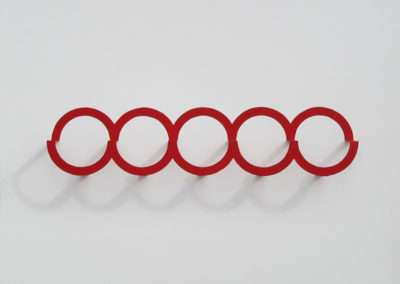 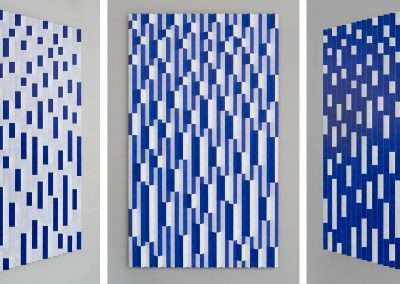 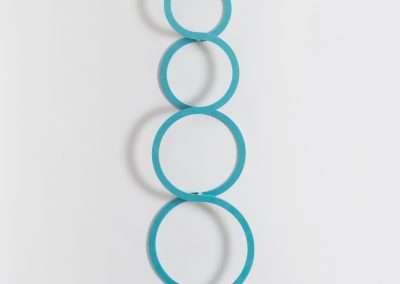 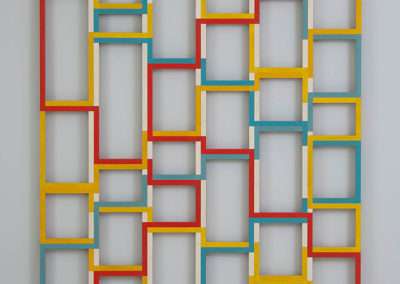 Emi Ozawa strategically arranges color and form to play with shadow and create compositions that shift when viewed from different perspectives.  Central to Ozawa’s studio practice is an elaborate model-making process. These models originally showed how she can generate form and structure with paper which would later be completed in wood. In 2018, Ozawa chose to refine these models and present them as finished artworks. Now instead of the models mimicking the characteristics of wood Ozawa accentuates the material qualities of paper, like thinness and flexibility. These artworks are presented in custom frames which are handmade in her studio.  Originally from Tokyo, Ozawa currently lives and works in Albuquerque, NM. She studied woodworking at the University of the Arts in Philadelphia and later earned an MFA in furniture design from the Rhode Island School of Design.

One day 5 years ago when I looked at a paper model on a wall with its shadow casting, I knew this was a stand alone work of art. From this point on, I started experimenting with paper towards the work as a finished art object. The intrigue about paper is that it gives me color and structure fused. Paper is foldable and flexible unlike wood, and allows for different structural properties. It doesn’t have thickness like wood and is more fragile. There are differences between the two with what you can and cannot do, yet my paper and wood pieces are alike and some ideas echo in-between these two practices.  -Emi Ozawa

1989
The University of the Art, Craft/wood B.F.A., Philadelphia, PA

2010
Boxes and Their Makers, The Fuller Museum, Brockton, MA

2008
Going To The Dog, The RISD Museum, Providence, RI

1998
Toys and Gadgets, The Society of Arts and Crafts, Boston, MA

2012
Thomas B. Harrison, Out of the box: Mobile Museum of Art exhibits ‘Boxes and Their Makers’ through July 1 (gallery), Al.com, May 18

Press Release
2021 Made in ABQ at Richard Levy Gallery