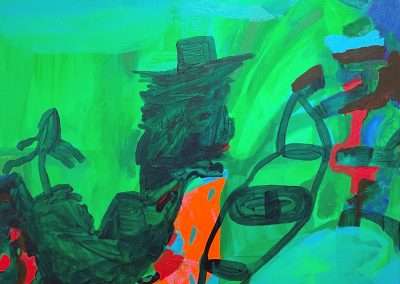 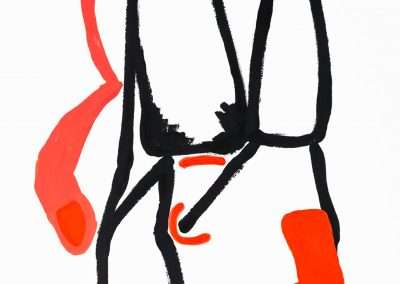 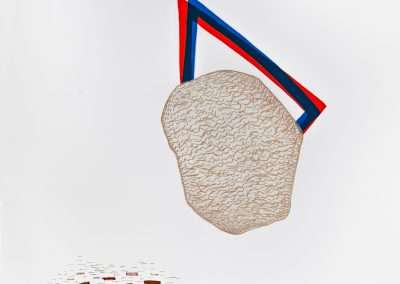 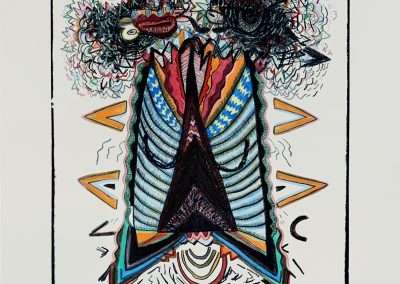 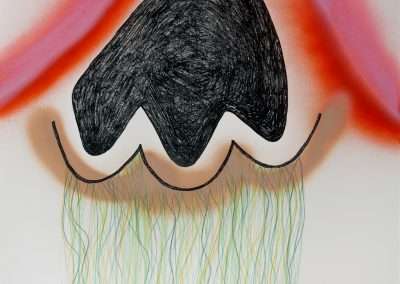 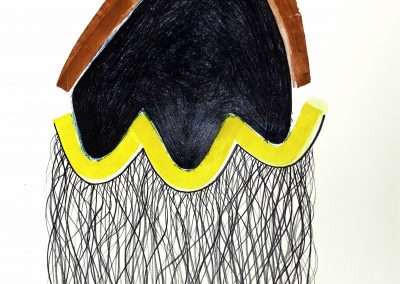 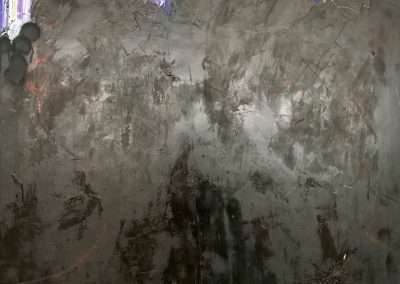 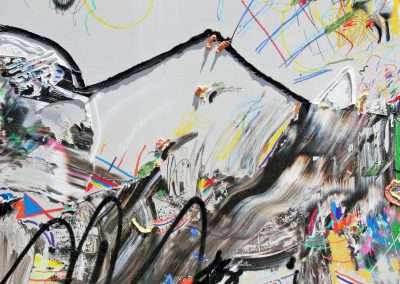 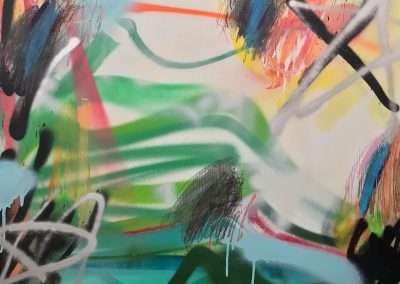 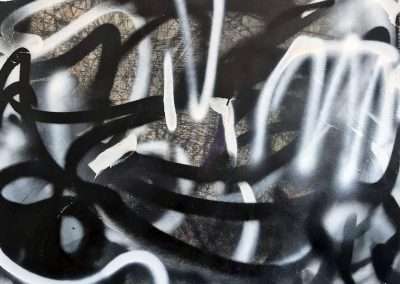 Growing up in the South in white, black, and gay culture, McBride cites white cotton, black tar, Sunday whites, gospel music, the Runaways, Boy George, rainbow stickers, and disco balls as his early inspiration. His childhood art hero was Don Martin, a cartoonist for Mad Magazine. He learned to draw by studying Mad, Cracked Magazine, and illustrations from the Bible. Interested in contradictions and the poetry of the human condition, McBride uses paint to describe dualities like ugly and beautiful, viscous and dry, oily and flat, thick and smooth, observer and participant, comedy and pathos, male and female, and negative and positive space.

McBride’s large-scale paintings are theatrical and unmeditated. Using spray paint, lithography grease pencils, thick oil paint straight from the tube, colored pencil, graphite, asphalt, and enamel marker, McBride transforms wooden panels into fields of discordant colors and shapes that look like both brash decisions and restrained calculated thoughts. These paintings were created over a two-year period when the artist, at age 51, transitioned from female to male.

Receiving his bachelor’s degree from Otis College of Art and Design, McBride spent many years working in art galleries before studying painting and drawing at the University of New Mexico Graduate Program. He has exhibited in Los Angeles, Albuquerque, and Santa Fe.

My process is rooted in storytelling. A story emerges, shifts, and morphs as the picture takes shape. Narrative and biography migrate into the process. Making art is my way of understanding the world. What interests me most is how we construct ourselves and the process of personal and cultural transformation.
-Earl McBride

2000
All You can Eat, Short Story “Fear of Walking”, Published by Foundation Press, Los Angeles, CA