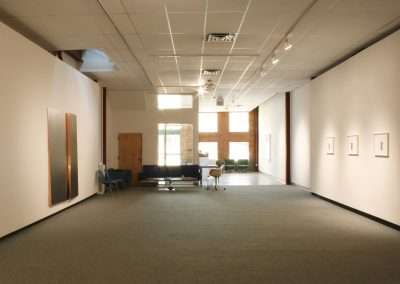 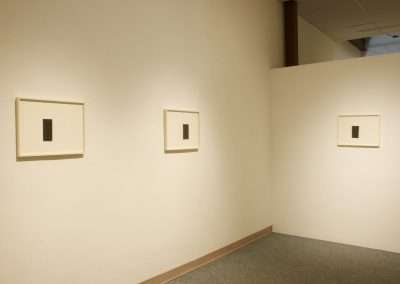 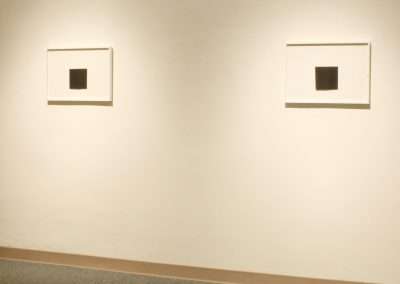 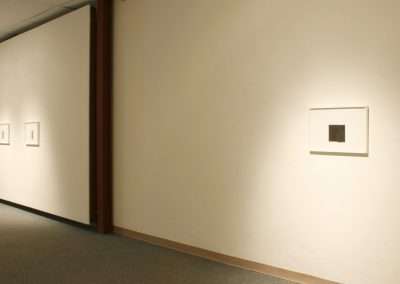 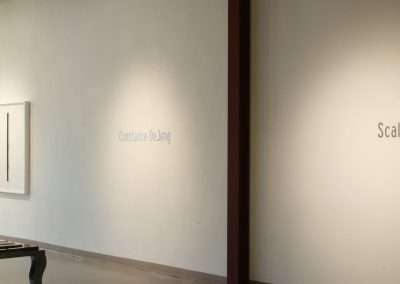 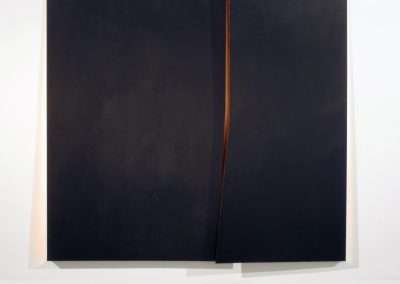 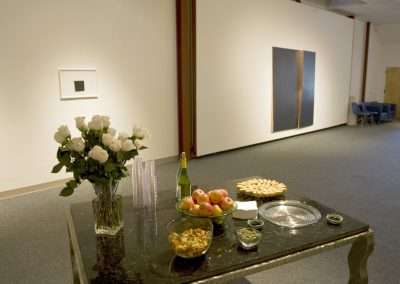 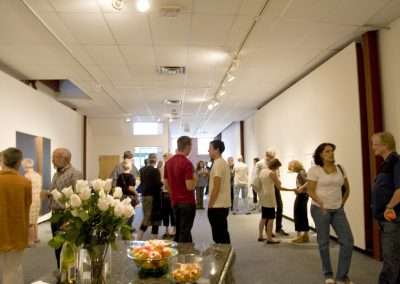 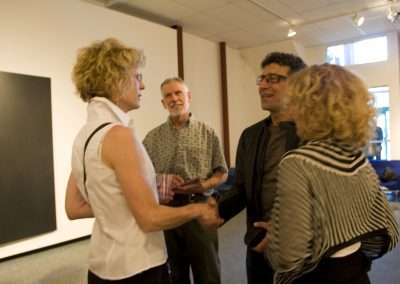 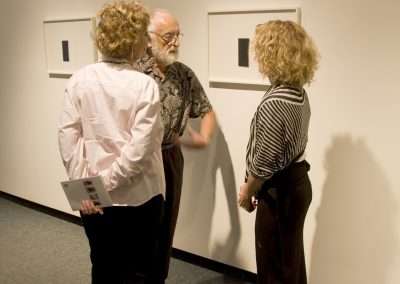 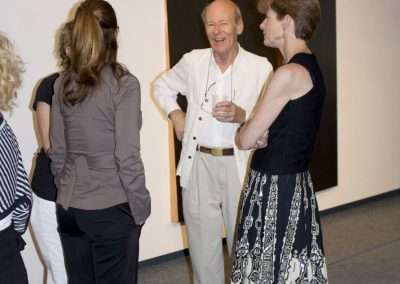 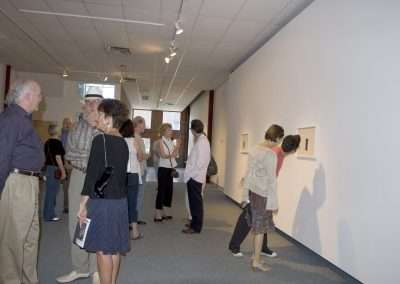 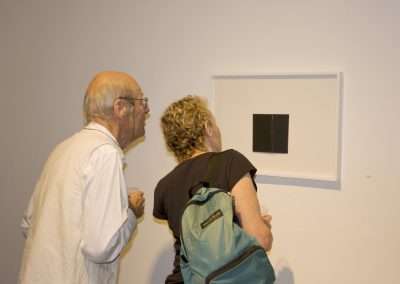 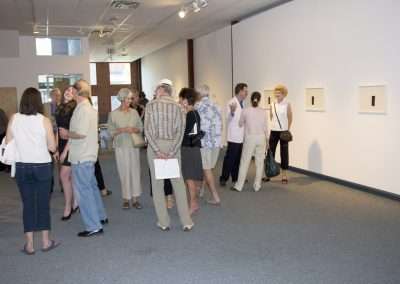 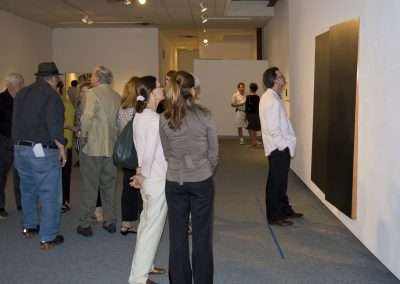 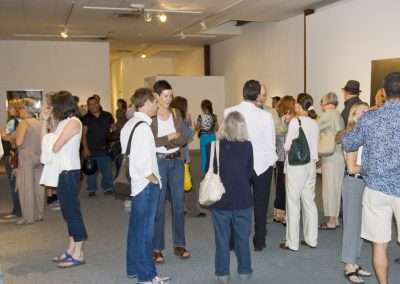 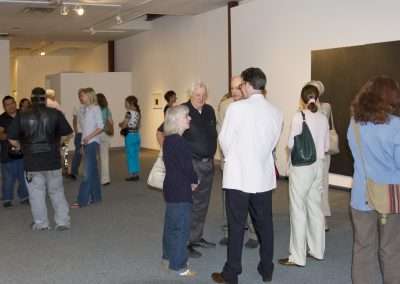 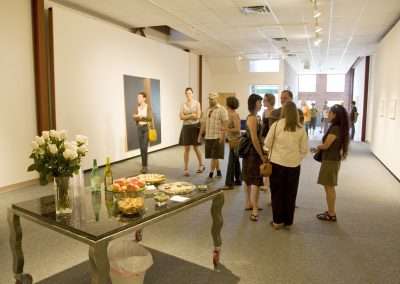 Richard Levy Gallery is pleased to present Scale, a selection of new works by New Mexico artist Constance DeJong. Based in mathematical precision, this body of work explores the opposite ends of scale and its effect.

Working at the border of sculpture and drawing, Constance DeJong creates an aesthetic of minimalist art that is simultaneously reductive and expressive. Using large sheets of copper fabricated into bold forms, DeJong applies layer upon layer of patina to build up blackened, smoky surfaces. She uses this same process in both large and small scale, to strikingly different effect. The small works are “drawings” that exude a delicate simplicity of form and fissure. The eye is drawn to the copper edged break between what are actually two separate pieces of copper that appear to the eye as one, creating a square from two proportionately relational halves. This break reveals raw copper that glows as one moves in shifting light. The larger version of these drawings, the Four/Three sculpture, floats on the wall conveying the elegance of the drawings in more dramatic terms. These large forms lure viewers in and overwhelm by sheer size. DeJong’s latest drawings in the Four/Three series have eliminated the copper square and replaced half with Mylar, coupling delicately melded copper with the sheer, reflective, transparency of plastic. The combination of metal and plastic, earthen and artificial, reveals an ongoing process in the oeuvre of Constance DeJong.

Educated at the University of New Mexico where she is now a professor, Constance DeJong responds to the scope and scale of New Mexico. A retrospective of her work was held here at the Albuquerque Museum in 2003, to much critical acclaim. Her work is included in several prominent collections including the Albright Knox Gallery in Buffalo, NY and the Fisher Landau Center for Art in Long Island City, NY.