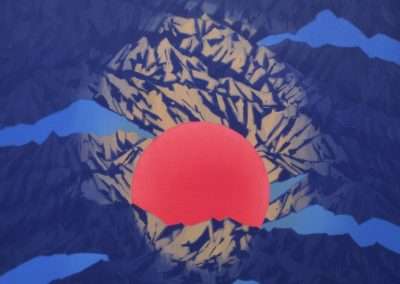 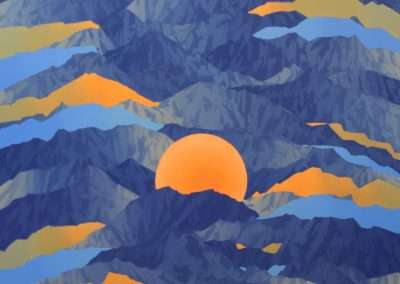 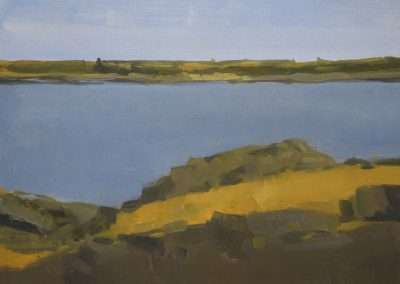 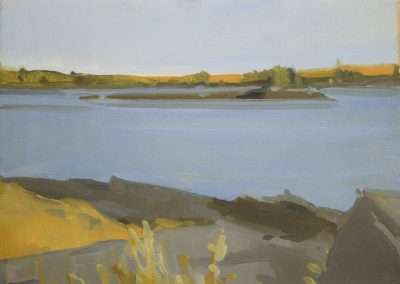 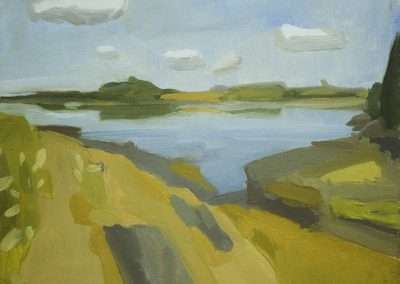 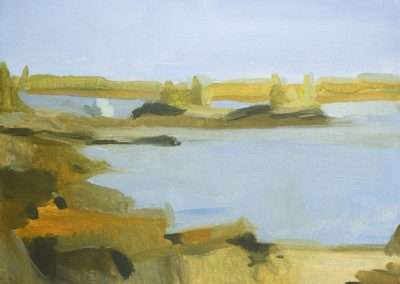 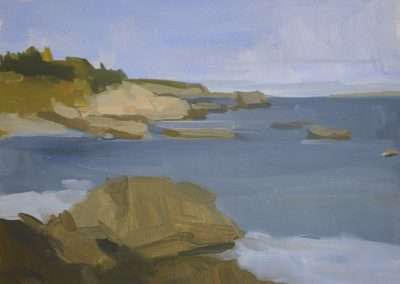 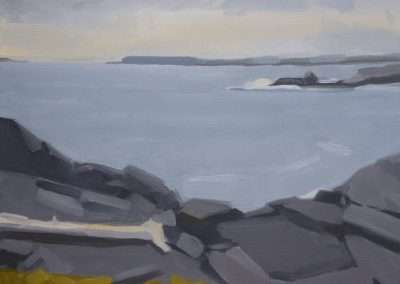 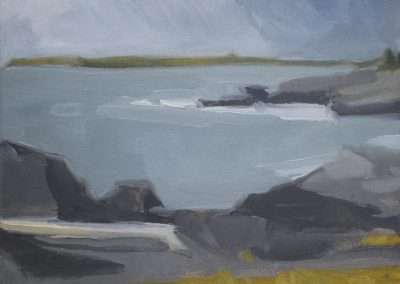 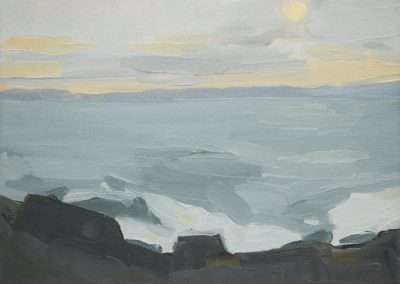 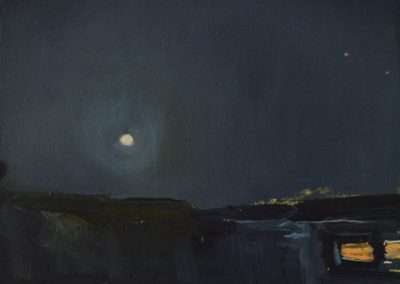 Biography
Beau Carey travels extensively to remote areas of the world to experience and record a sense of place. His new paintings comprise specific geographies repeated. Mountain ranges from Norway,  Alaska, and the Southwest are compressed and layered into single compositions and horizon lines so typical of landscape painting are absent. He paints each invented landscape from memory, plein-air studies, and photographs.

Beau Carey has traveled extensively to remote places to paint. He has worked in the Arctic Circle in Norway, on Rabbit Island in Lake Superior, and was the first wintertime artist resident in Denali National Park. His work has been featured in the Denver Post, Blouin Artinfo, Artsy, artnet, Sotheby’s online magazine, alibi.com, and New American Paintings. Carey currently lives and works in Albuquerque.

Field Studies: These paintings are drawn from recent residencies and travels. My plein air works are not just records of the observable landscape. They are primary documents of my experience. Working in the field creates variables that cannot be created in the studio. For example, painting with mittens on in -15 degrees, using walnut oil based paints so they don’t freeze, and working under the cover of armed polar bear guards creates marks that are reflective of the situation in a way a photograph is not. You can tell when a painting was painted in 45 mph winds because of the dust stuck in it. You make different decisions when unexpected conditions are present.– Beau Carey

Studio Paintings: I am a landscape painter—a practice that, while fully absorbed in cliché, is not innocuous. It is rooted in a history of globalism and environmental dominance. I am after a very narrow target in my paintings, one that requires me to directly interact with and uniquely treat the issues and concerns of each place I choose to depict. Through a combination of intense field and studio practice, I make bodies of work that not only reflect the individual characteristics of each place but contain a critical awareness of the histories of the landscape genre and ask questions about painting, ecology, ownership, and usage. – Beau Carey

2019
to the moon and back, Richard Levy Gallery, Albuquerque, NM