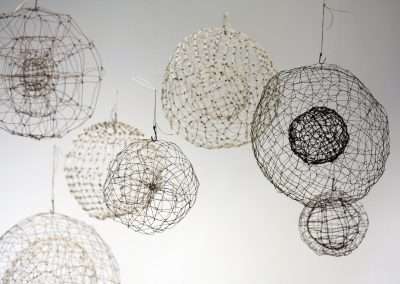 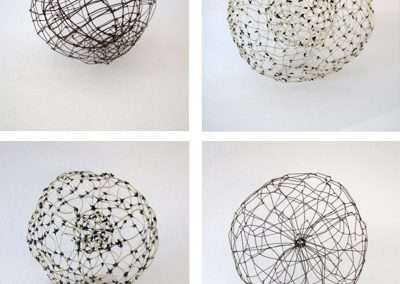 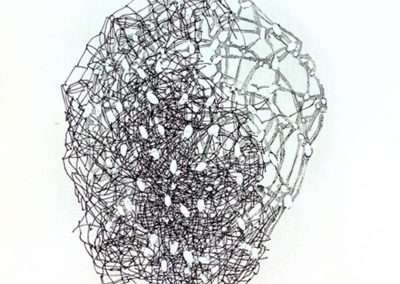 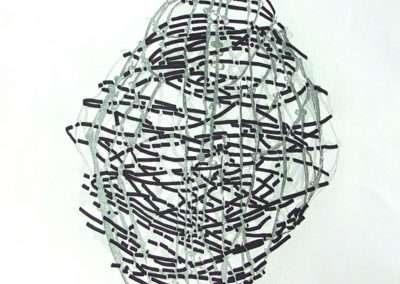 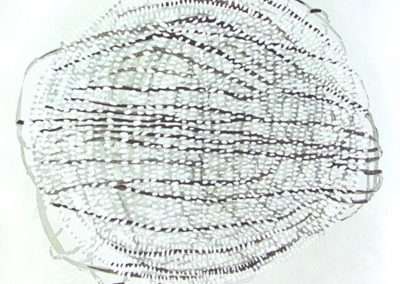 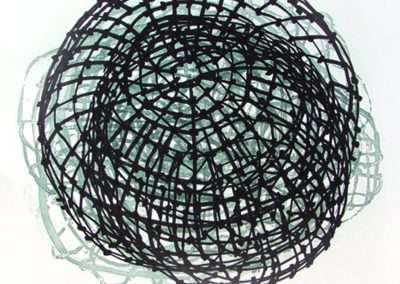 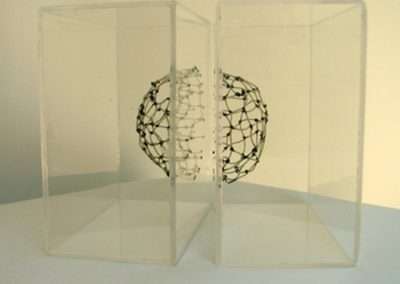 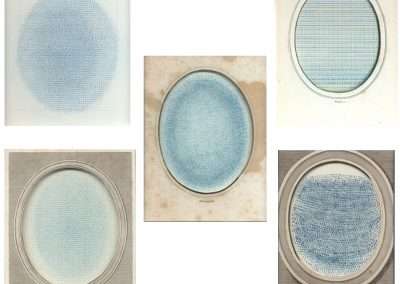 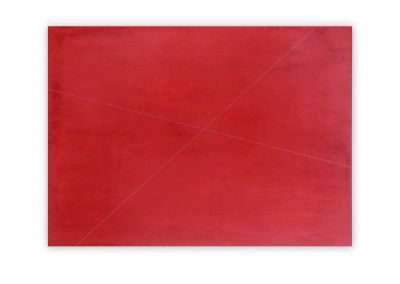 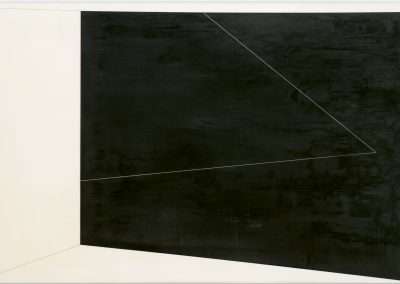 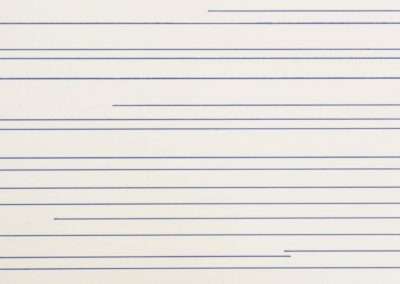 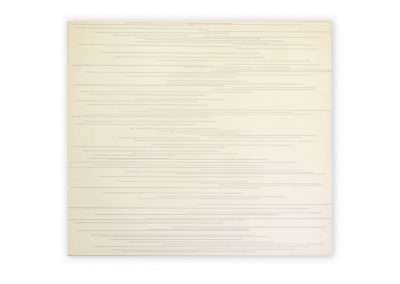 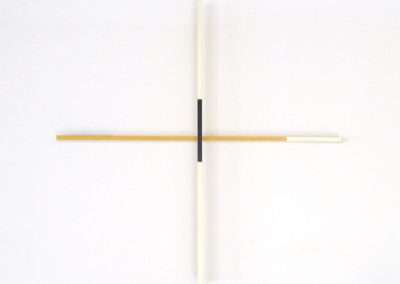 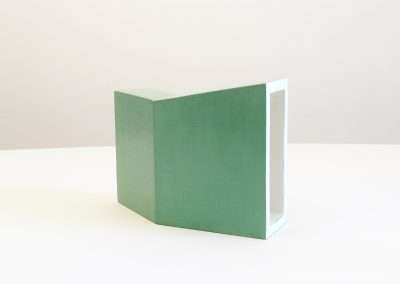 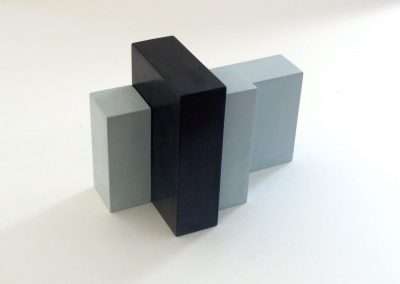 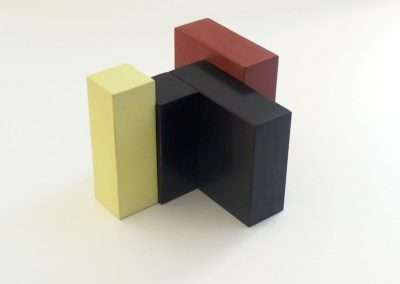 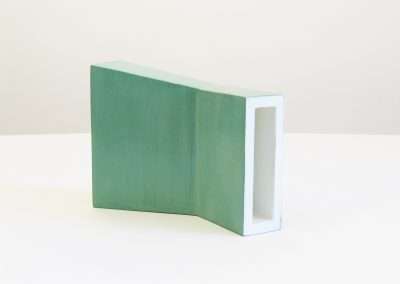 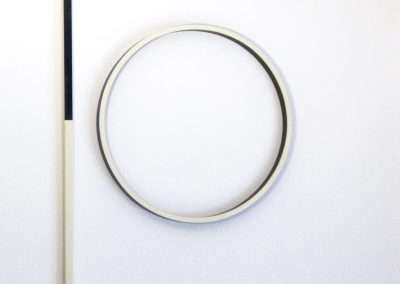 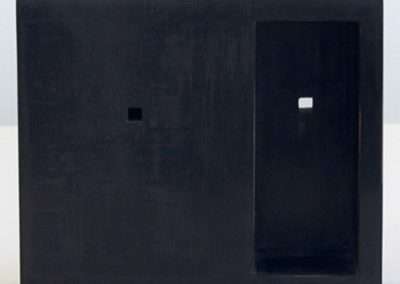 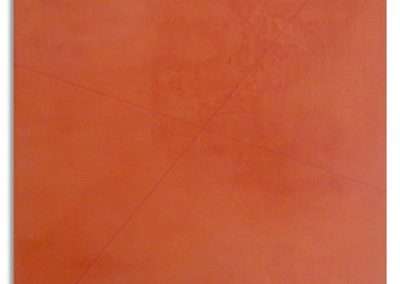 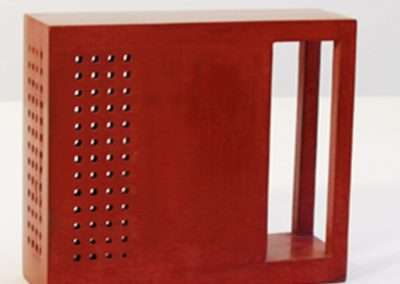 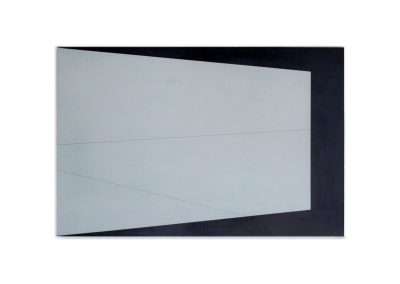 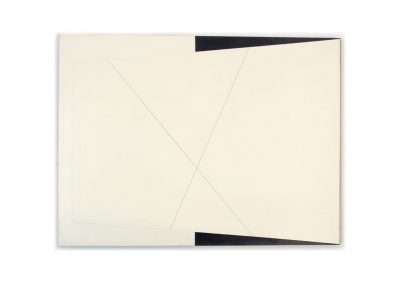 Richard Levy Gallery is pleased to present a selection of new works by two Maine based artists Jeff Kellar and Anna Hepler.

Using clay, resin, and wood primarily, Kellar makes surprisingly concise, geometric works that challenge viewers’ sense of space. That is, he makes small sculptures with allusive titles, such as hallway and compartment, in addition to two-dimensional panels that hang on the wall. According to Kellar, the objects that sit on the shelf and hang on the wall are akin in their mutual reference to space, in both form and illusion. Kellar favors the simplest, most pared-down forms, which ultimately reveal an underlying complexity. With a degree in filmmaking from the University of Pennsylvania, Kellar has garnered several awards for his furniture-making skills. He was asked to participate in the 2007 Portland Museum of Art Biennial and was awarded two of the four Purchase Prizes.

While her Maine cohort Jeff Kellar makes rational, solid forms informed by geometry, Anna Hepler is more enamored of the “fleeting moments of suspended geometry.” She is equally inspired by mathematics and craft, but to different effect. Her hauntingly beautiful forms exist in a variety of media: drawings incised in Plexiglas; shadowy, skeletal forms in photogravures; and spheres suspended from the ceiling in constellations of brawny lightness. While the work of both artists investigates form, their work shares a more quiet aspect, perhaps, that of epiphany.