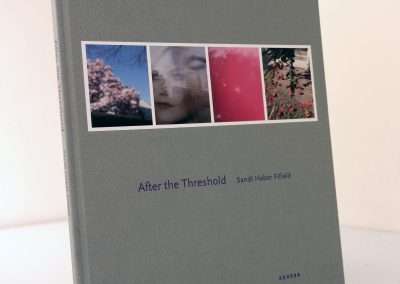 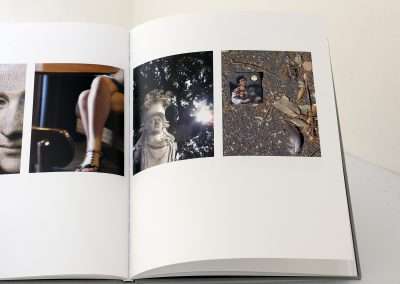 Sandi Haber Fifield • After the Threshold

Throughout her career, fine art photographer Sandi Haber Fifield has worked with multiple images to create narrative pieces that transcend the formal elements of photography confined to a single moment. The associations she makes result in composites of four, sometimes three images, often rendered in soft focus, which are like visual poems reconstructed from memory or dreams.

Sandi Haber Fifield was born in Youngstown, Ohio. She has a MFA in photography from the Rochester Institute of Technology and is the recipient of a New York State Creative Artists Program Grant. Her work has been exhibited in galleries and notable museums throughout the United States including The Art Institute of Chicago, The DeCordova Museum, The Museum of Modern Art, The National Museum of American Art, and The St. Louis Art Museum. Haber Fifield’s photographs are held in numerous private and public collections; The High Museum of Art, The Library of Congress, The Los Angeles County Museum, and The Museum of Modern Art among others.

After the Threshold is Haber Fifield’s third monograph. In 2009 her book of grids and multiple image installations, Walking through the World, was published, and in 2011 Between Planting and Picking was released. She resides in Connecticut with her family.

Vicki Goldberg: Photography critic and scholar, a leading voice in photography criticism, she counts over two dozen books to her name. Her latest book is Vicki Goldberg: Light Matters, a selection of essays and criticism culled from her writings published over 25 years, including her photography columns for The New York Times. Goldberg’s subjects range from pop imagery to war journalism, from photo-booth portraits to manipulated digital imagery, from the “boredom” of voyeurism to the preponderance of tragic photographs in the news, and her work has been called “of such importance that it should become mandatory reading in the fields of communications, media, photography and sociology” (P. Laytin) She also writes on photography for Vanity Fair, Aperture, and other publications.

Sandi Haber Fifield’s photographs float on the colors of memory, mood, feeling, and suggestion. They combine the indistinctness of memory with the imperfections of photography to produce elusive, incomplete reconstructions of times, events, and sentiments at the far reaches of perception. — Vicki Goldberg