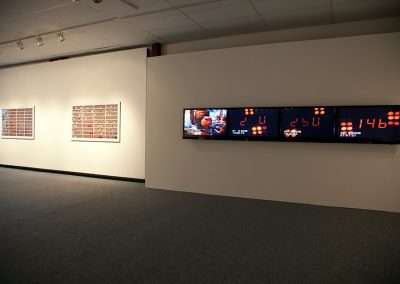 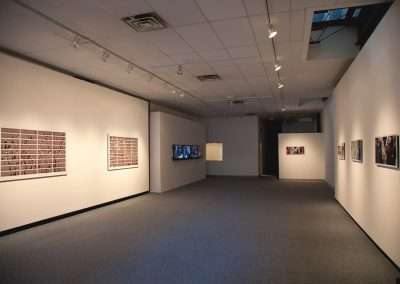 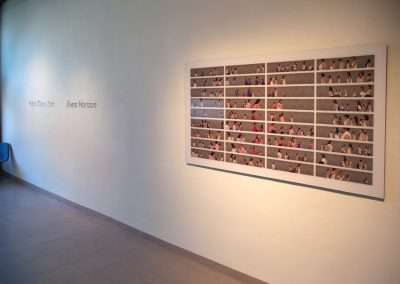 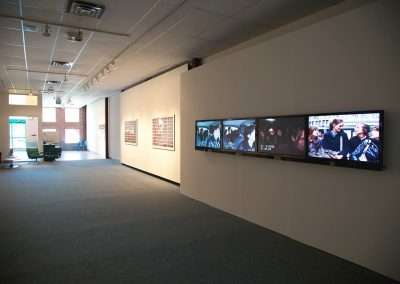 Richard Levy Gallery is pleased to present Event Horizon, a solo show by Chilean artist Pablo Zuleta Zahr. Since 2003, Zuleta Zahr has been creating work that explores the concepts of mass-production and international social trends.

Pablo Zuleta Zahr’s large horizontal grids full of Chilean metro passengers create undulating swells of color and form. The photographs from his series Baquedano, come from two ten hour videos shot in a subway station. From the recordings, Zuleta Zahr meticulously organizes individuals based on gender, style, and color of clothing and regroups them into his patterned panoramas. Event Horizon also includes four composed photographs from Zuleta Zahr’s series Madrid. Like Baquadano, these photographs are of strangers who have never interacted with one another. They are simply recorded and regrouped to create intimate snapshots which posses a lingering sense of disconnect.

BUTTERFLYJACKPOT, a four panel video installation, brings together four women from different cities over the course of a day. The women, each alike in appearance and dress, take the viewer on a tour of her home city. Simultaneously played, the places, people and movements elicit a strong sense of déjà vu from one screen to the next.

Pablo Zuleta Zahr studied at the Düsseldorf Art Academy, where he was a Master Student under Thomas Ruff. He currently lives and works in Berlin. Zuleta Zahr has been showing internationally since 2003. Event Horizon marks his first show within the United States.